My interest in Irish history was sparked by a visit to the Rock of Dunamase not long after my wife and I arrived here almost 14 years ago.

An information board at the entrance mentions that the building had once belonged to Roger Mortimer. Having grown up near the border between England and Wales, I had heard of the Mortimers, and the centuries-long dispute between them and the Welsh princes. I had learned enough history to know that one of them had, for a brief period, held the Crown as regent. I had no idea how they became involved in Irish history.

Once my interest was thus piqued I began reading about the Norman influence in Ireland and came across several other names with connections to the Welsh borders that also appeared as leading players in Irish history. De Lacy, De Braose and De Clare.

The more I read, the more I became fascinated by the events of the second half of the twelfth century; of how a minor Irish noble, having been defeated by rivals, sought help from the king of England in an attempt to regain his position of power; of how he offered the hand of his daughter in marriage to the man who would lead such an expedition. 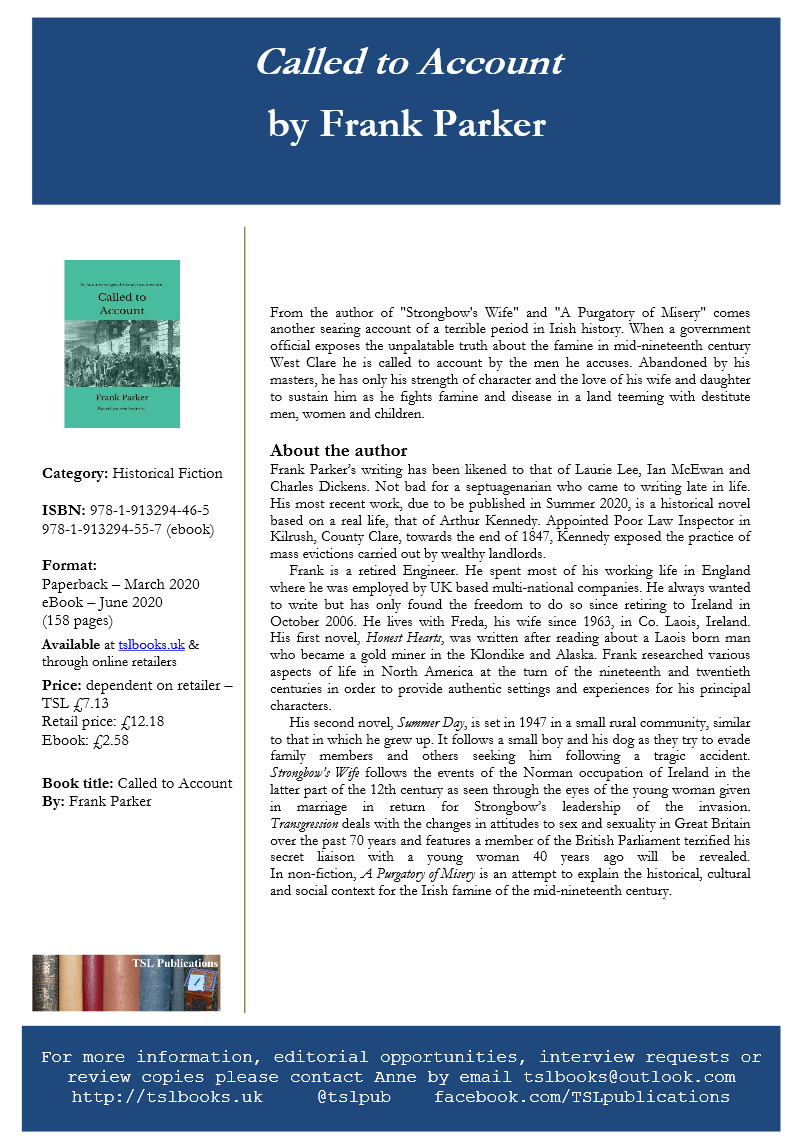 What was it like to be that girl, traipsing with her parents and a small entourage, across England and Normandy in order to track down the king, only to be dismissed with a vague promise that, if he found someone willing to take on the task, the king would not object?

Back in England the search for such a man ended at the door of Richard De Clare, nicknamed ‘Strongbow’, a man who had also lost a lot of power, influence and land through having been on the wrong side during the reign of Henry’s predecessor, King Stephen. So was born the idea that became ‘Strongbow’s Wife’.

Not long after it was published the late Patrick Lillis asked me to help with his researches into the famine that brought devastation to the island between 1845 and 1852. Patrick and I had met through membership of the Laois Writers’ Group. Once again I encountered an aspect of British and Irish history of which I was previously only vaguely aware.

‘A Purgatory of Misery’, launched two years ago by John McKenna in the Donoughmore Workhouse, takes its title from the words of the chancellor of the exchequer in Lord John Russell’s government in a speech about conditions in Ireland. It is a brief survey of the history, geography, religion and other influences that created the conditions in which the impact of potato blight upon the Irish was infinitely worse than in any of the many other parts of Europe and North America subjected to the same fungal disease. 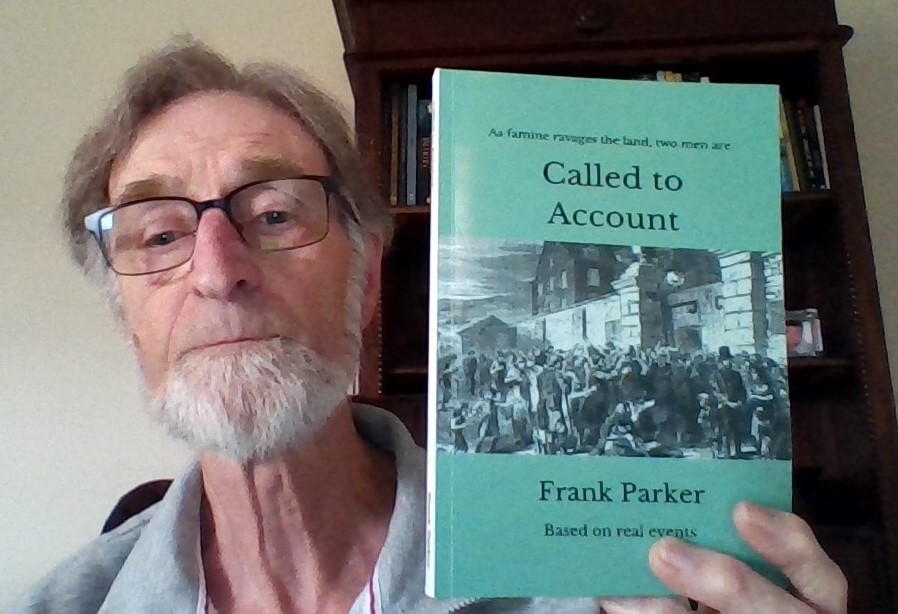 Writer in Profile: Frank Parker with his latest book

It was whilst carrying out this research that I came across the story of Captain Arthur Kennedy who left the army to join the Poor Law Commission as an Inspector. His role, to ensure that the Poor Law was properly administered, including the management of the workhouse, as well as the distribution of relief, would inevitably bring him into conflict with the land owners in the district to which he had been assigned, Kilrush in west County Clare.

Funding for relief, and the upkeep of the workhouse, was by means of taxes imposed upon the land owners and to which they had a natural aversion.

But it was the brutal eviction of tenants that most angered Kennedy, and he set about exposing the practice at the highest level of government. As a consequence he was accused of libel.

Here was a story I felt needed to be told. To me it epitomises the everlasting conflict between rich and poor, between those who regard themselves as superior and those they see as lesser beings. More than that, it exemplifies the debate that still rages about the best way to lift people out of poverty. Which, of hand-outs, jobs or education, is most effective? Which combination of two or more of them?

The twenty first century version of the poor law, the system of welfare payments, is, perhaps not quite as controversial in Ireland or Britain as it was 170 years ago. But the recipients are required to justify their entitlement to payments, as we see with the withdrawal of PUP to people travelling abroad in recent weeks.