TODAY will be overcast with widespread fog or mist slowly clearing, highs 8 to 10 C, and still quite calm in many areas, just a moderate southwest breeze near the north and west coasts. 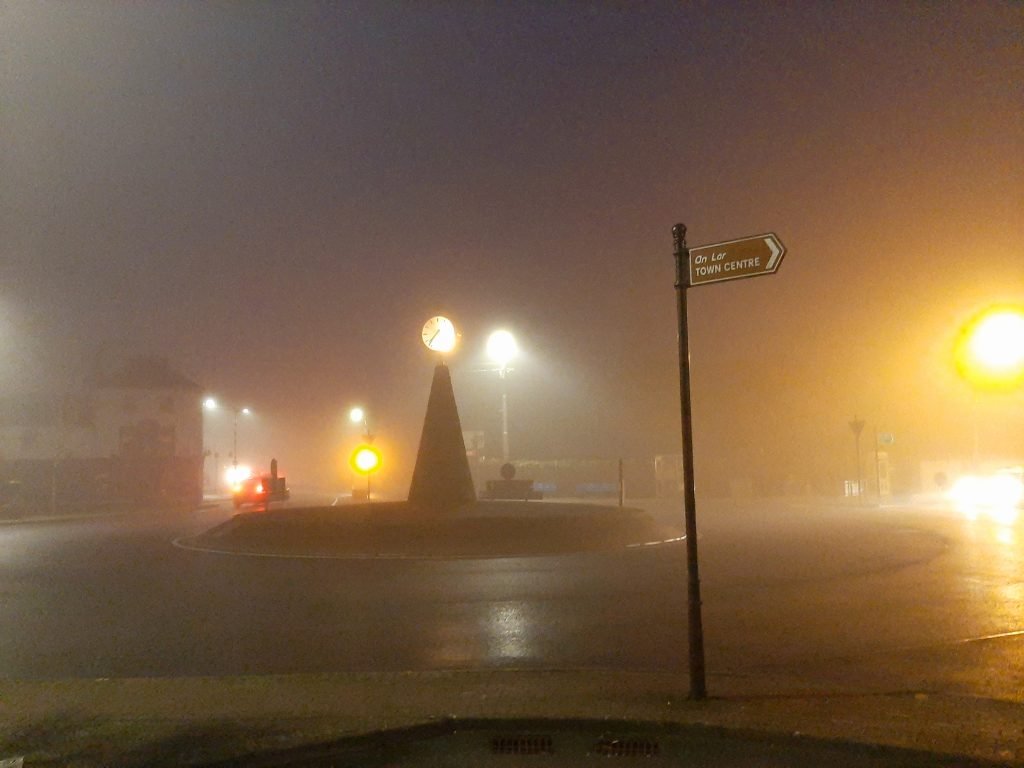 TONIGHT will continue cloudy with fog and mist, lows near
4 C.

FRIDAY will become breezy with outbreaks of light rain in a few parts of the north and west. Highs 9 to 11 C.

SATURDAY will be breezy and mild at first, turning a bit colder by afternoon, as winds veer from southwest to westerly 50 to 80 km/hr. Intervals of light rain (3-5 mm expected) but some clearing by afternoon.

SUNDAY will be rather cold and breezy with passing showers, some of them wintry on higher terrain. Morning lows will be 1 to 3 C and afternoon highs 5 to 8 C.

Very cold weather in store for end of week!

MONDAY will likely be overcast with occasional rain, and moderately windy at times. There is some risk of stronger winds developing near the south coast, but details remain sketchy and the eventual storm track may be further south from Biscay into southern England. Temperatures will most likely remain around 7 or 8 C.

TUESDAY will become breezy to windy and rather cold with passing showers, some wintry. Highs 4 to 7 C.

WEDNESDAY will then turn milder with rain and strong southwest winds developing, highs near 10 C.

The pattern remains unsettled after that with another disturbance likely around the end of the month (Friday 31st) and temperatures look set to return to rather mild values for the first part of February.