This November, the month traditionally associated with remembering those we’ve loved and lost, we are a nation united in grief more than ever before.

COVID-19 and continuing restrictions mean the traditional ways we mark our grief and show our support for those mourning have been dramatically altered for the foreseeable future.

IHF CEO, Sharon Foley commented: “This has been a very difficult time for families and friends of people who have died. They may have been COVID-19 related deaths or deaths from other causes. We also know many are finding a previous loss more difficult right now.”

“We want to pause and remember those who have sadly died and also show our support for those grieving. Grief is difficult all year round but this Christmas it will be particularly hard. Through Never Forgotten we want to open up a space to remember while at the same time giving people an opportunity to make a real difference to those facing the end of their lives and the many people all over Ireland preparing for the festive season without that special person.” 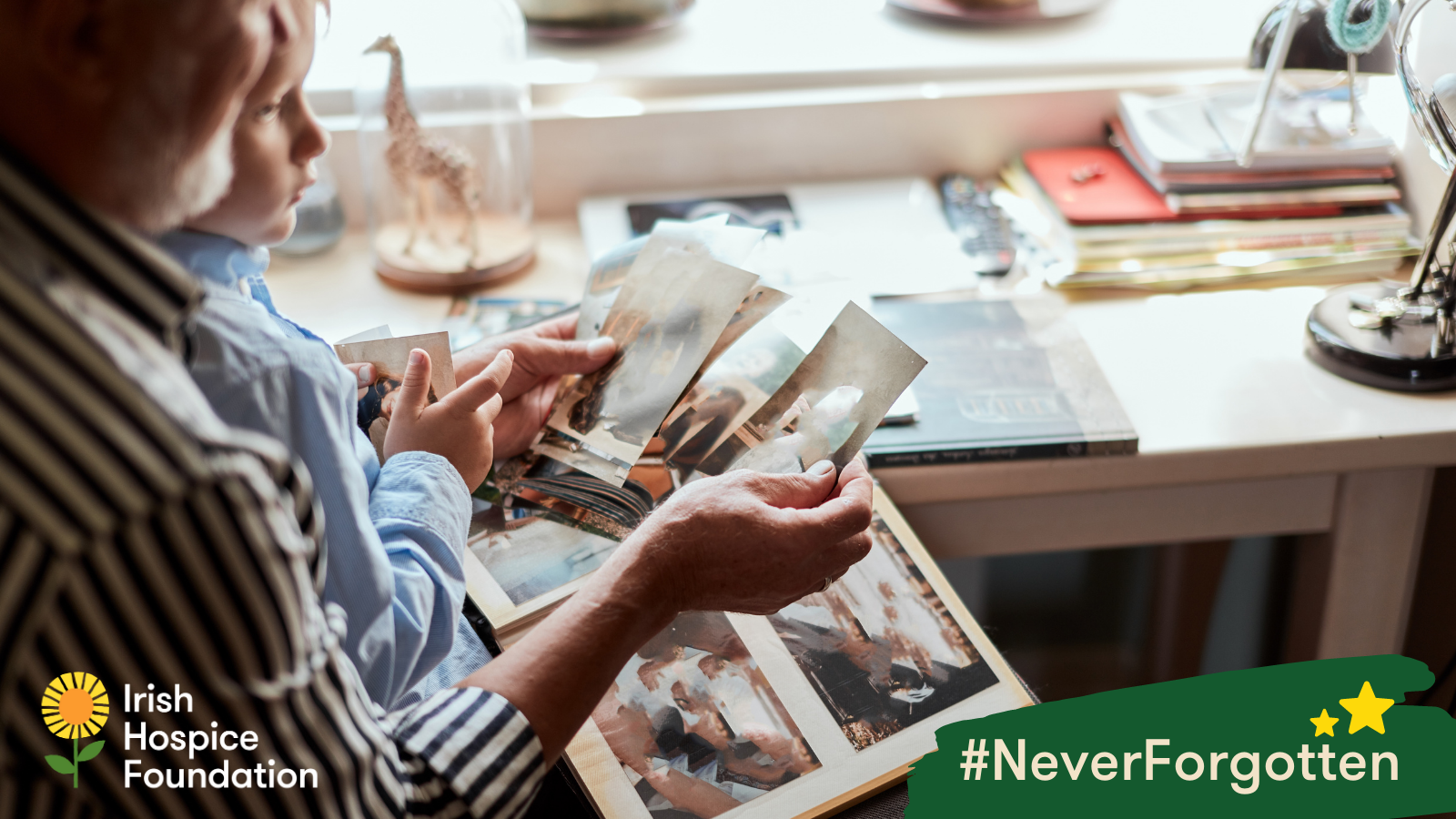 The Never Forgotten Appeal runs right up to the end of December. By donating, you can make a real difference to those who are bereaved and those who support them in these exceptional times.

IHF is a leader in the development of bereavement care in Ireland but relies heavily on donations from the public to support our services. Our work in bereavement includes Ireland’s first national Bereavement Support Line, bereaved.ie which is home to practical information and resources on grief and co-ordinating the Irish Childhood Bereavement Network.