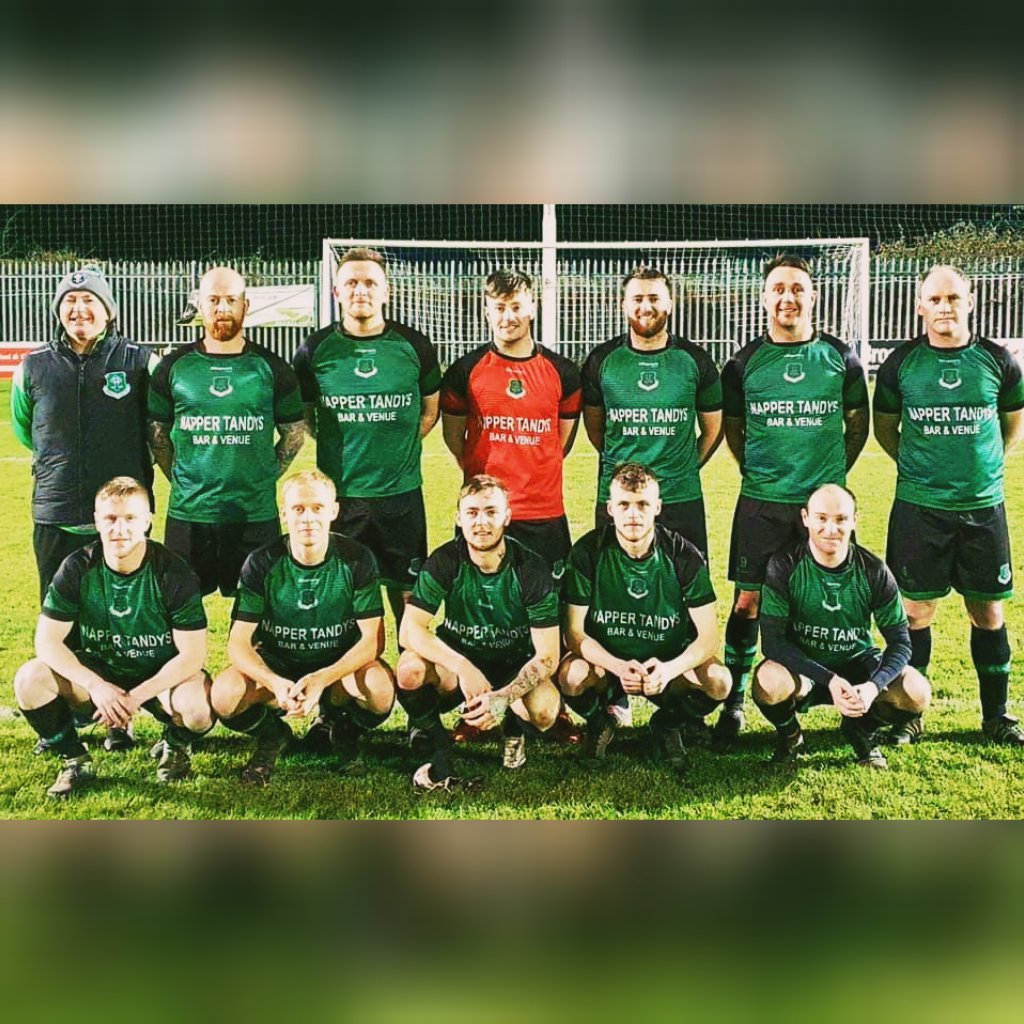 Stradbally Town travelled to Leah Victoria Park on Saturday night for their Cotter Cup last 16 game against Tullamore Town. Starting brightly Stradbally were ahead within 5 minutes when Scott Osborne’s excellently struck free kick swept across the box and evaded everyone there to slide into the corner of the net.
Stradbally continued to dominate their Senior Division opponents all over the pitch and were rewarded with a second goal. A good attack was broken down by the Tullamore defence but strangely one of the Tullamore midfielder’s played a pass directly back to Benny Lawlor who was standing alone in the box. Lawlor unselfishly squared to Jody Dillon who tapped into an empty net to double Stradbally’s lead.

Stradbally Town AFC advance into next round of Cotter Cup

This seemed to spark Tullamore to life and they closed out the first half in the ascendancy. Just before halftime they were rewarded with a goal after some sloppy play from Stradbally around the midfield area was punished. 2-1 at halftime and all still to play for.

The second half was an evenly balanced affair and at times scrappy but Stradbally were always comfortable. The tie was finally put to bed with 15min left to play, Lawlor this time being rewarded with a tap in after some great work from Dillon in the box.

Stradbally now go into the draw for the 1/4 finals of the Cotter Cup and look forward to some more big ties in the competition. Next week Stradbally travel to another Senior Division side in Birr Town, for a last 32 tie in the CCFL Combined Counties Cup, the competition in which they were defeated in the final of last year after extra-time against Monksland United.

SUBS: Jake Byrne for Langton and Aaron Wright for Dillon