‘Important for the Development of South Laois’ – Stanley.

Sinn Fein TD Brian Stanley raised the need for the promotion and greater use of the Ballybrophy to Limerick rail service in the Dail this week with the Minister for Transport.

The Ballybrophy to Limerick railway line is very important. It goes from Ballybrophy in south Laois down the whole way to Limerick city and has much more potential than its current use. Much investment has been made in this line in recent years, such as track upgrades, but the benefits of this to either the public, the environment or to Iarnród Éireann have not been realised.

The line branches off in Ballybrophy and travels down through Roscrea, Cloughjordan, Nenagh, Birdhill, Castleconnell and Limerick city and connects up the three counties. The line could play an important role in the economic and social development of the southern part of Laois, particularly in places like Rathdowney, Borris-in-Ossory, Mountrath, Durrow and indeed in north Tipperary.

Passenger numbers can be increased for work, tourism and shopping. At present, one train leaves Limerick at 7 a.m. for Ballybrophy. It sets off on the return journey back from Ballybrophy at 10 a.m. and arrives in Limerick at 12.05 p.m., but the train sits there all day and is unused until 4.55 p.m. when it sets off again on the just over two hour journey back to Ballybrophy.

To make better use of this line and train a number of low-cost actions need to happen. A company engineer needs to do a full report online speeds and take account of the track upgrades that have been done to shorten journey times. All tracks, to my understanding, must be inspected every three years and have reports done, and this one has not been done for a number of years. A new timetable should be put in place for the train to leave Ballybrophy earlier in the morning and for the return train to leave Limerick after 5 p.m. which would facilitate workers and students. The option of putting on a midday train service should be looked at. 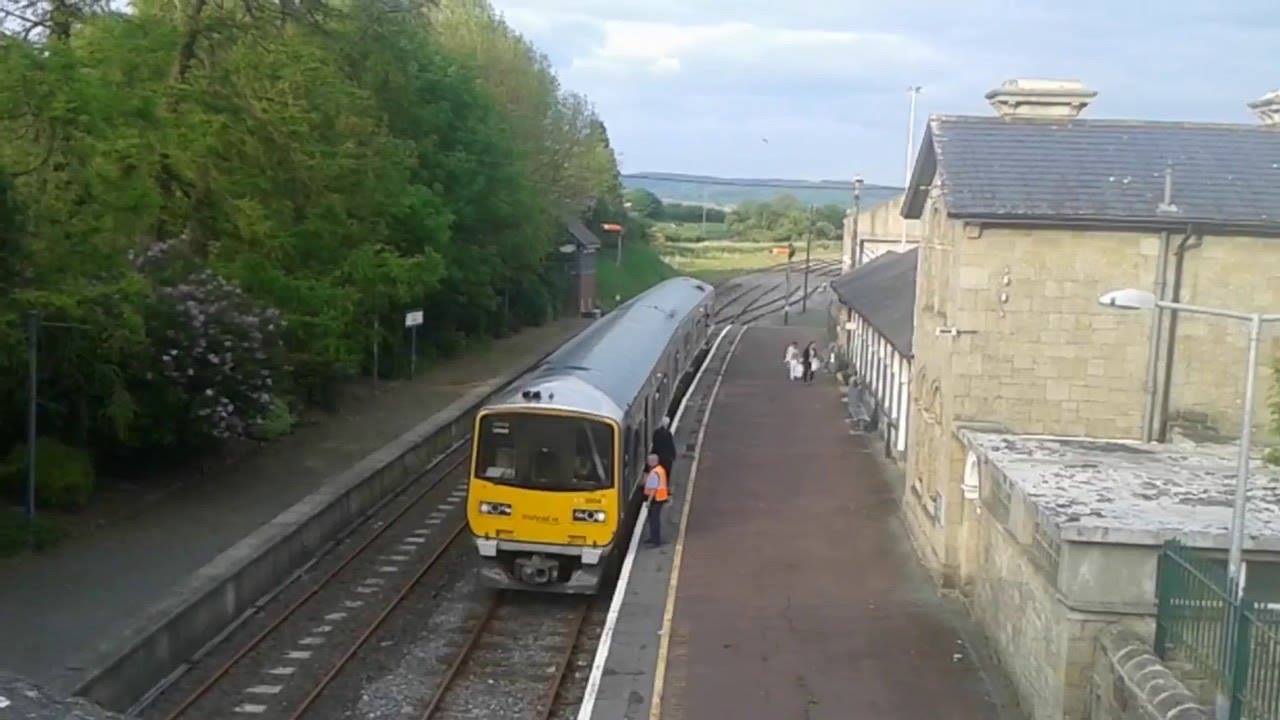 “This Government is committed to investment in the public transport network, to increase the size of the rail fleet in order to address the capacity constraints and to expand services in many parts of the country. Unfortunately, the Ballybrophy route has to date been struggling to accommodate large passenger numbers. Iarnród Éireann identifies this service as a continually low-density passenger numbers route although the company has over the years operated varying levels of service during periods of both economic growth and recession. I understand that Iarnród Éireann has undertaken both national and local promotions on the route but that such efforts have not resulted in any significant uptake and passenger numbers have remained low. In this context, the National Transport Authority has no plans at present to increase services on this route. The moneys that would be required to improve the line significantly to address these matters are not available within the present national development plan, NDP’’

“This is very disappointing. Of course there is not a struggle to accommodate large numbers but the point is that the existing infrastructure is not being utilised. There are a number of low-cost steps that can be taken. A report needs to be produced on the line because there has been significant investment in it. One could have faster trains on the lines because there is continuous welded track. A new timetable needs to be produced. A train should not sit idle all day.

Continuity of service needs to be addressed because the reliability of the track is being undermined by the frequent line closures without sufficient notice. That does not cost money to address. The timetable needs to be publicised. Social media platforms can be used for this.’’