This powerful and inspiring short film features four young Traveller boys, Ned Cash, Michael Cash, Jim Cash, Edward Cash,  who  go on a journey to seek out stories about their heritage and culture, which is in danger of being lost in the modern world.

They visit their elders, including their Great Grandmother Maggie, a great storyteller, who tells them about her life on the road with her husband Ned and their horse drawn caravan. She tells them stories about the Travellers way of life long ago, how marriages were made, how she worked hard and moved from place to place and about some of the people she met along the way. She also tells the boys old riddles and tales that had been handed down to her, from her own mother and grandmothers. These stories inspire the boys to realise that their culture is something to be proud of and that they have the honour of preserving it, so that one day they can pass it onto their own children.

What is so stirring about the film is that all four boys are members of ‘The Port Project’, a Garda Youth Diversion Project which engages young people who are at risk of becoming involved in anti-social behaviour. The boys are participating in programmes which address anger issues and anti-social attitudes.

The idea to make a documentary came about when The Port Project received  funding from ‘The Department of Justice and Equality’ to create something for ‘Traveller Pride Week 2019’. They approached the acclaimed documentary filmmaker Sé Merry Doyle, who agreed to direct a film, only on the proviso that the boys themselves would control the narrative.

What emerges is an inspiring, moving and buoyant film, which is full of hope – in which we see  Ned, Michael, Jim and Edward go on a journey of discovery and transformation, through which their respect for themselves and their culture is strengthened, their voices are heard and they all attain a greater sense of pride.

The film includes  beautiful old black and white footage of travellers, along with a rare traveller photograph, courtesy of the world famous photographer Alan MacWeeney.

‘Traveller Tales’ was premiered in ‘Heritage House’ in Abbeyleix in 2019, where the boys invited members of the Traveller community as well as guests from the settled community, to join them in celebrating their film. Following the film the four boys proudly stood at the top of the room and answered questions and  thanked the funders. 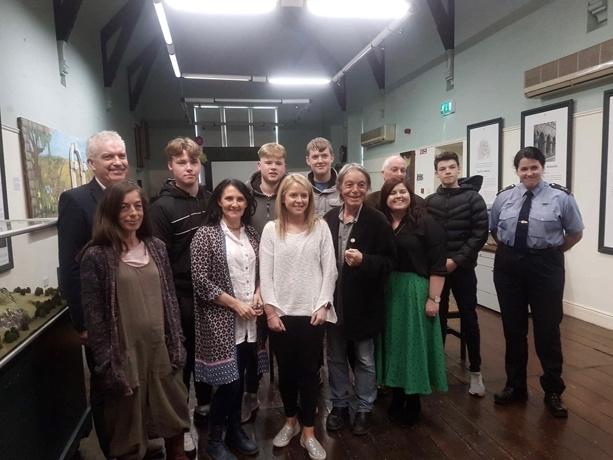 The film also was awarded the prestigious “2019 Garda Award”. 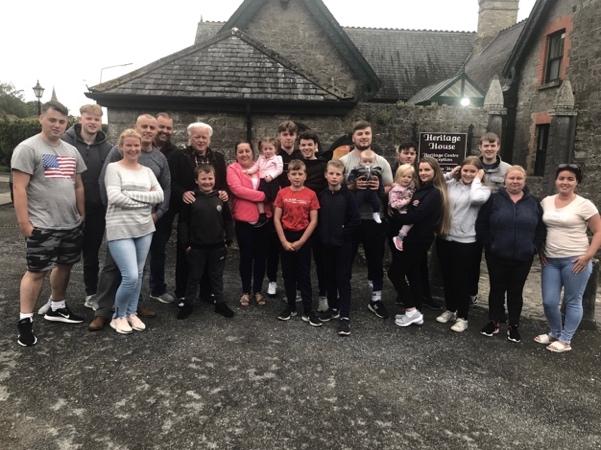 “Traveller Tales’ will be available to view on ICC Digital, the online platform for The Irish Cultural Centre in Hammersmith London, from Sunday September 26th 2021 onwards.

To watch the film go to https://irishculturalcentre.co.uk/icc-digital/

This Film Screening is Being Presented by