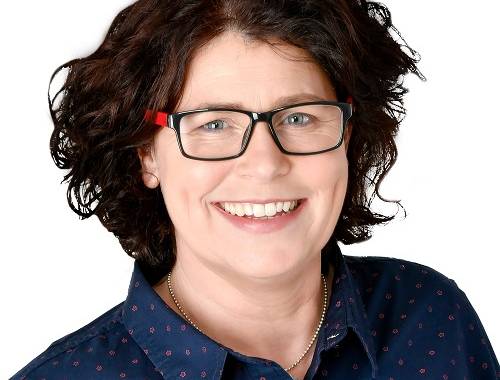 This morning’s Laois County Council March meeting saw sparks flying when the subject of the disposal of public land at Togher, Portlaoise was raised. At the centre of the ensuing dispute among certain Laois county councillors was a parcel of 3.04 Hectares at the J17 National Enterprise Park. Before the monthly sitting was the proposal that this pocket of council-owned land be sold to Midland Steel Reinforcement Supplies Ltd., Unit 21, Bay Road Business Park, Mountmellick for €562,400 plus VAT.

The first councillor to speak on the proposal was Fine Gael representative for Graiguecullen-Portarlington Electoral Area Cllr. Aisling Moran.

“We need to be getting market value for land. We’re completely underselling ourselves. I am proposing to come back to this disposal (proposal) next month when costings are available.”

Councillor Paddy Bracken was upset that there was an inference that Laois County Council is underselling the land.

“Public land should be sold at market value. “

“The inference is that Laois County Council is underselling the land. And the message is that the company is not paying enough for the land.”

Cllr. Moran then asked the following:

“Has the land been advertised? Is there anyone actively selling this land?”

Cllr. John King stated that he wanted to see business going in there (J17 National Enterprise Park). Cllr. Willie Aird was unequivocal in his response as follows;

“I want to support this (proposal) 100%. I don’t know where Cllr. Moran is coming from. (The then 19 councillors) asked (Laois County Council) CEO John Mulholland to buy this land. Laois County Council done very well. You are getting market value for (this) land.

Cllr Moran then asked Cllr. Aird would he sell his land for this price. To that question Cllr. Aird replied as follows:

“… the market value is the price (you get) on the day. This land is at market value. All 19 councillors agreed to buy the land. This is a jewel in the crown in Laois. And is an absolute credit to everyone. I am very disappointed that a colleague of mine would throw cold water on this announcement.”

“Aisling (Cllr. Moran) is coming under attack. (She) is asking legitimate questions.”

Cllr. Padraig Fleming’s take on the situation was as follows;

“The Chief Executive (John Mulholland) and his team came in to build up Laois as an industrial base. Laois is getting on the map. Laois is now seen as a key location (for industry). I fully support that this proposal goes ahead. “

“I want to support (Cllr.) Paddy Bracken. In the last few years we have Togher moving forward. We have to look after our own people especially if they (their businesses) are landlocked. “

Cllr Ollie Clooney stated he had full confidence in the council to fix the price. Cllr. John King mentioned that he knew another businessman who wanted to move his business in there.

Cllr. Caroline Dwane Stanley was adamant that respect be afforded to Cllr. Moran.

“When any councillor raises genuine questions that respect is shown. She is entitled to be treated with respect.”

At this juncture CEO John Mulholland reminded the meeting that LCC members decided four years ago that things needed to happen in Togher. He pointed out that a total of 16.5 hectares had been disposed of there at a very good price. He went on to say between 10 and 11.5 hectares were still available there. He continued:

“We want jobs in our county. We sought to have immediate occupation. That’s achieved. Better to have a bird in the hand than two in the bush. This (disposal of lands) was done with fairness and competitiveness in mind. We are doing this at a fair price.”

Cllr. Moran made the point that this is public land and money in question here.

“You (John Mulholland) said we paid €23,000 an acre. There is a cost to the roads, footpaths, broadband and other services (Laois County Council put in on site.) Nobody is looking at the costs. I would like to see the costings.”

Cllr. Moran summed up her reading of the situation as follows:

“If this was a business we wouldn’t sell land at cost price. Are we actively trying to sell the land? Or are we waiting for people to come to us?”