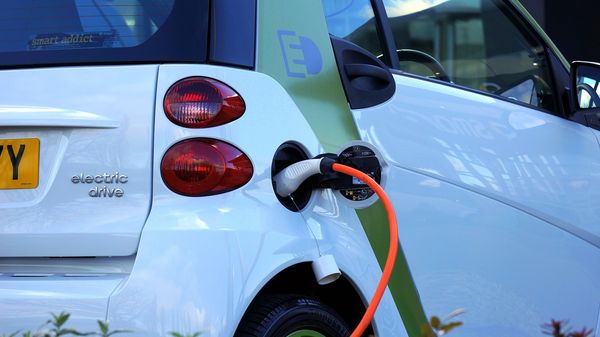 “In the short term do I have to go to Portlaoise and charge my car? There is nowhere (near me) to charge my car. I have to cross the border (into Carlow Town) to do it.”

His remarks came on the back of his motion that

In response a reply from Mr. Adrian Barrett, S.E., Roads & Environment was given as follows:

“A tender was undertaken in 2020 to facilitate the delivery of EV charging points. A pilot EV charging point has been installed in the public carpark outside County Hall (Block 2) and is available for use by full electric and plug in hybrid electric vehicle owners. The performance of this unit will be monitored over the coming 12-month period to establish usage patterns. This data will inform future roll out plans for EV charging points around the county.“

At this Cllr. Brennan claimed that Carlow Town had 3 or 4 charging points and that the Graiguecullen, Killeshin and Ballylinan area had none. He continued as follows:

“It makes no sense. We’re talking about climate change.”

Cllr Aisling Moran who chaired the meeting described how she wasn’t a fan per se of electric vehicles due to the mining of cobalt. However she continued:

“If it’s a thing they’ll sell electric cars (then) we need the infrastructure.”

Cllr Padraig Fleming opined it will be a “long, slow road” until Graiguecullen, Killeshin & Ballylinan get charging points.

Cllr Moran agreed with Cllr Fleming and remarked that “everything goes to Portlaoise.” Cllr. Ben Brennan told the meeting that he had brought in this motion two years ago and that they “had got nothing.” Cllr. Brennan continued:

“We need to be looking after this side of the county.”

Portarlington-based councillor Aidan Mullins totally agreed with Cllr. Brennan. Indeed Cllr. Mullins questioned the year-long wait contained within the response from Mr. Adrian Barrett namely that “the performance of this unit (will) be monitored over the coming 12-month period to establish usage patterns.”

“We need to monitor means nothing. In Graiguecullen and Killeshin for the next 12 months are they going to have to travel to Portlaoise (to charge their cars)?”