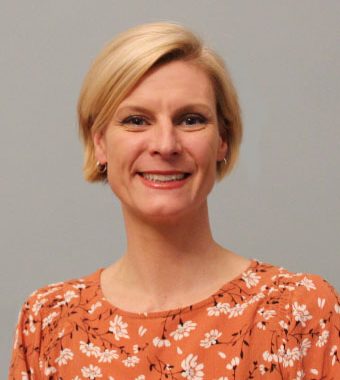 Increased funding for services for Midlands’ victims of crime welcomed

Minister Hackett welcomes substantially increased funding for Midlands services supporting victims of crime.  “This is tangible evidence of the commitment of this government to support victims in their engagement with the justice system” she said, speaking from an official engagement in County Donegal.

“Laois Domestic Abuse Service is to receive €42,500, Offaly Domestic Violence Support Service €47,000 and Westmeath Support Service against Domestic Abuse €40,000 towards supporting victims of crime. These services, all operating in the area of domestic, sexual and gender based violence, are already doing invaluable work.”

“I can appreciate how important it is for a person to have someone with experience accompany them to court to help manage their fear of the system and the unknown. My colleague Minister McEntee is working to implement a victim centred criminal justice system where victims know that they will be treated with respect and dignity when they come forward to report what has happened to them. This is hugely important as we strive towards zero tolerance of domestic, sexual and gender based violence. All who experience crime should feel supported to stand up and receive justice.”

·            €4.6 million in funding across more than 60 organisations providing supports and services across the country

·            Funding will provide support, information and advice on the rights of victims, as well as counselling services, court accompaniment and other accompaniment

The Minister for Justice Helen McEntee TD has announced funding totalling €4.6m for more than 60 organisations to support victims of crime.

It also builds on separate, additional funding announced last November under the ‘Supporting a Victim’s Journey’ plan for areas of the country or categories of victims not currently fully covered by support services for victims.

·            National and larger organisations such as Barnardos, Women’s Aid and the Dublin Rape Crisis Centre

·            A range of local organisations working with victims across the country, such as Women’s Aid in Dundalk, Wexford Rape Crisis and Letterkenny Women’s Centre

·            General victims support organisations such as the Crime Victims Helpline;

“So many organisations across the country are doing outstanding work for victims. I am pleased to announce this funding to increase their ability to provide supports and services as victims engage with the criminal justice system.

“I am working to build a victim centred criminal justice system where victims know they will be treated with respect and dignity when they come forward to report what happened to them.

“A fear of the system, or how someone in it might treat you, should never stop a victim seeking justice.

“I believe that many of the reforms I am introducing, such as preliminary trial hearings and training for frontline staff in the legal system, will help victims.

“But increased funding for organisations that offer services such as court accompaniment and helplines for victims, as announced today, is also vital.”

In particular, €250,000 has been allocated to a number of organisations including Doras and Men’s Development Network for training and awareness raising of domestic, sexual and gender-based violence.

Late last year, the Department of Justice invited applications for funding from registered charities, voluntary community groups, and other organisations which provide services – or plan to provide services – supporting victims in the criminal justice system.

Applicants included organisations that provide support, information and advice on the rights of victims, as well as counselling services, court accompaniment and other accompaniment.

Budget 2022 includes €4.9m allocated to the Department of Justice specifically for Victims of Crime, and other projects will be funded later in the year.

“This week, we also held our inaugural Victims’ Forum, which will provide further opportunities to engage closely with frontline organisations who support victims.

“I have established the Forum to facilitate information exchange and examine avenues of improvement in relation to victims’ rights, and I think it will be another important element in improving the system.”