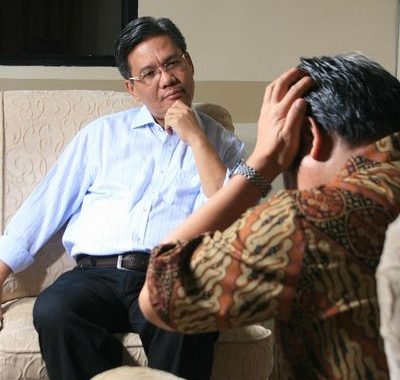 SOSAD Ireland which provides a free counselling and support service to people who are experiencing mental distress and those bereaved by suicide plans to open a centre in Portlaoise over the coming months. The organisation which has been in existence since 2006 and which has centres in the North East of the country is now extending its service to Laois. A local dedicated helpline for Laois has been set up as from Tuesday, 2 February for the county.

Úna Doogue from Portlaoise recognised the need for such a service in the county and asked the organisation if they would open a centre in the town. Úna had assisted the organisation in an official capacity and was delighted when the General Manager of SOSAD Ireland, Carol West, agreed to provide the service for the county which will be called SOSAD Laois.

The organisation whose name stands for Save our Sons and Daughters provides a free counselling service by trained and accredited voluntary counsellors to people suffering with suicidal ideation, bereavement, depression, anxiety or for anybody who simply needs to talk.

Úna and the General Manager, Carol, recently met with Monsignor John Byrne, the Parish Priest of Portlaoise, who also felt there is a need for the service in the county; particularly for those who have experienced a bereavement by suicide which tends to be a more complicated form of grief. The organisation is now expanding its bereavement service to include those who are struggling with a bereavement throughout the COVID pandemic as this has brought its own particular set of challenges where the more traditional form of funerals and grieving has changed rapidly.

The organisation also offers a wide range of counselling and support services for younger people through their Young People Matter initiative. This provides a safety net where teenagers over the age of 16 are at the point of transferring to the adult mental health services which is recognised can be a vulnerable and stressful time in their lives.

The organisation will be actively looking for a suitable premises in Portlaoise which it expects to open over the coming months. They would gladly accept an offer of any available space in the town which is accessible and centrally located which would help to lower their running costs.

Úna says what she finds most impressive about the organisation besides the vital services they provide is that they try to keep their administrative and operational costs at a minimum. SOSAD centres are funded mostly through local fundraising efforts where a fundraising committee will be put in place over the coming months in Laois and a service coordinator will be appointed.

The organisation has seen a rise of more than 30% in people accessing their service as a result of increased anxiety and mental distress due to the COVID pandemic. It has put in place a dedicated telephone counselling service helpline for SOSAD Laois which is now active. Trained voluntary counsellors from the organisation and from Laois are available to take calls from people in the county who need to talk with someone. The telephone helpline number for Laois is 083 0291706.