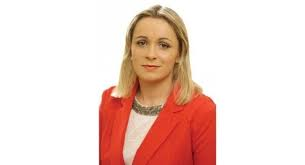 Independent TD for Laois Offaly Carol Nolan has strongly criticised the governments’ approach to tackling and preventing fuel poverty as well as it how it aims to address future energy sustainability. Deputy Nolan was speaking during a Dail  debate on the issue which saw calls on government to abolish the condition whereby those in receipt of jobseekers payments are denied access to fuel allowance until they are in receipt of a Jobseeker’s payment for more than 390 days (over 15 months):

“I think it is becoming increasingly obvious to very many people, especially in Laois and Offaly that the current approach being adopted by government on a range of fuel and energy related policy issues makes no sense whatsoever.

The Just Transition process is actively threatening 17,000 jobs in the horticulture sector, but it is also acting as a justification for another borderline vindictive policy which tells people that they cannot use traditional Irish peat as fuel in their own homes but they can use imported German lignite briquettes.

Does this government have any idea what it is like for Bord na Mona workers to walk into local stores and see such imported goods on sale while our own indigenous industry is being sacrificed for an incoherent environmental agenda that appears to have the backing of all three government parties?

We also have the decision by government to legislate for the banning of new oil and gas exploration off Ireland’s coast under the Climate Action and Low Carbon Amendment Bill. This is despite the fact that just over a year ago Tánaiste Leo Varadkar clearly stated that Ireland would continue to allow for the exploration for natural gas as part of the transition towards a “greener future.”

So, when it comes to the Just Transition process, government have moved the goal posts from a ten-year phase in period down to a matter of months. And when it comes to gas exploration government has now moved from seeing as it as vitally important for energy security to abandoning and effectively criminalising it outright.

Is it any wonder that people are starting to look at the governments approach to these issues and question what on earth is going on?

This lack of coherence and a willingness to make fuel and energy policy up on the hoof is simply unacceptable and it is putting tens of thousands of jobs and livelihoods at risk,” concluded Deputy Nolan.