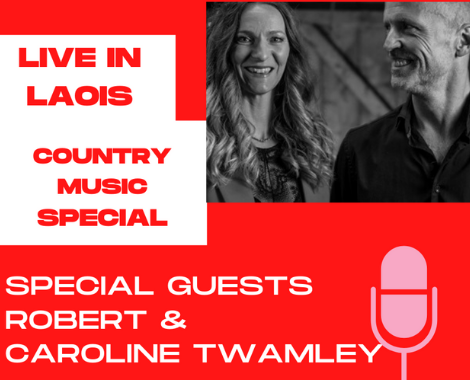 The ‘Live in Laois’ crew of John and Trudy chat to Caroline and Robert Twamley. Robert grew up in Kerry and was heavily influenced by his father who played in Jessie and the James Boys. That country influence continues on with Robert’s latest single ‘Hangin’ On’ that features his wife Caroline. Caroline, a Swede, came to Ireland in 2007 where she worked with horses for Jessica Curtin in Longford. On a day trip to Galway she met Robert by chance in the King’s Head Pub. Love blossomed and then the couple made the decision to move back to Sweden. Robert left his career behind in the Prison Service here in Portlaoise to forge a new life in a new country. He chats about gigging in Sweden, his ‘day job’ in a museum there and Caroline takes us through her career as a novelist to date. Their two kids get a mention as well.
0 Comments