Primary School students from Gaelscoil Shlí Dála, were on stage in Visual Theatre, Carlow at the annual  COIRM GAEL LINN festival on Thursday, 13 February last!
COIRM gives primary school pupils a chance to shine on stage, whether singing, playing music, dancing, acting or reciting.  Along with Gaelscoil Shlí Dála, schools from counties Wexford, Kildare, Wicklow and Waterford travelled to Carlow, where they were joined by the local Gaelscoil Eoghan Uí Thuairisc, for the one-day festival.  Each participating school presented a twenty minute variety show ‘as Gaeilge’ with a theme of their own choice, showing the musical and dramatic abilities of pupils from one particular class or from different classes in the school. 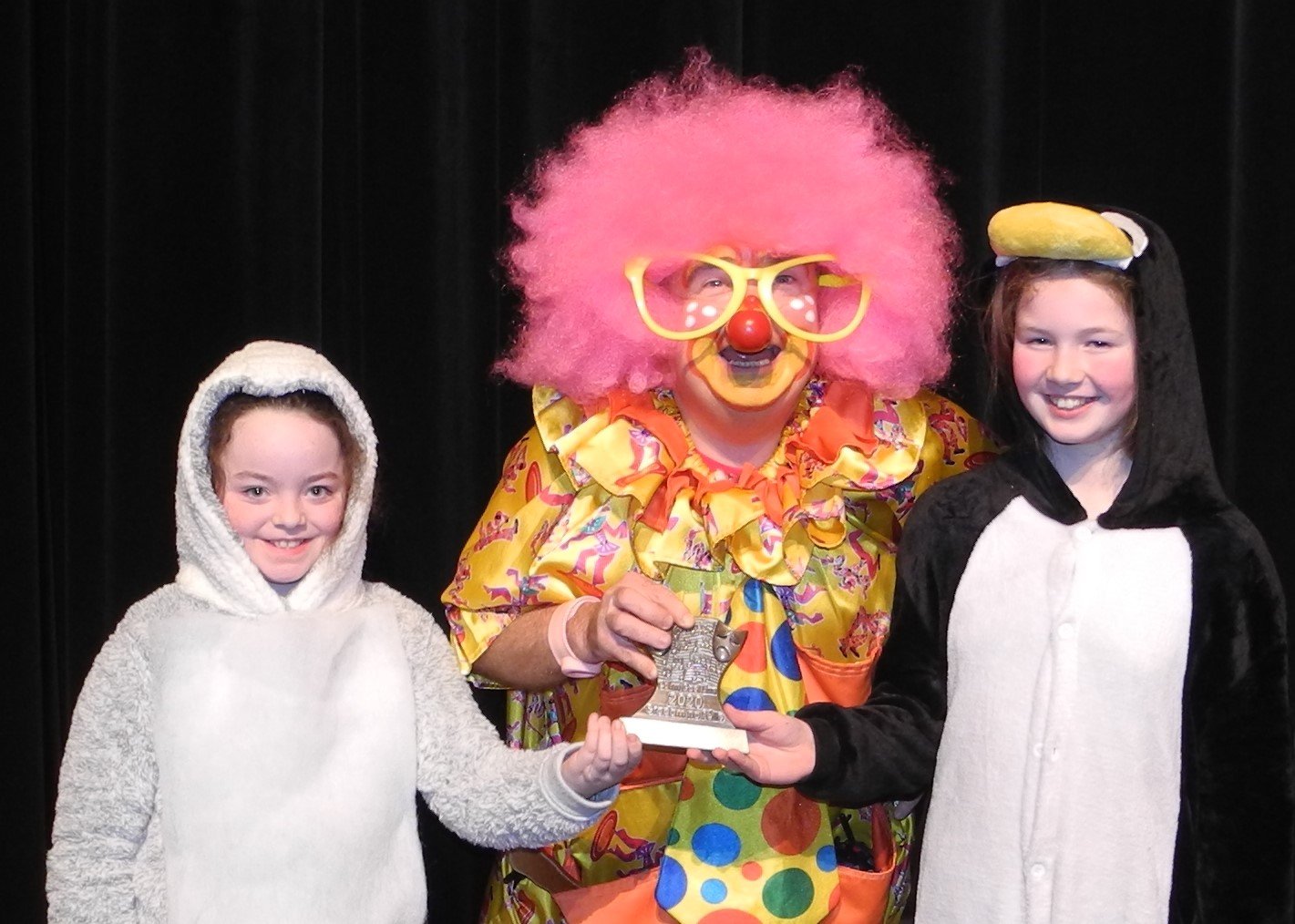 Pupils from Gaelscoil Shlí Dála receiving their awards from ‘Giggles’ the clown at COIRM Gael Linn held in Visual, Carlow.

The auditorium was filled to capacity throughout the day and the appreciative audience, comprising schoolchildren, parents and teachers were entertained before and after each show by the popular entertainer, Giggles the clown!

While COIRM GAEL LINN is not a competition, each show is reviewed by a guest adjudicator and a written critique is given to each teacher.  At the adjudicator’s discretion, special merit awards or ‘gradaim’, are also presented for outstanding performances by individuals or ensembles during the shows. On this occasion, Síle Ní Dhuibhne complimented the teachers for the high standard of production from all the participating schools.  Two awards were presented to the young cast of Gaelscoil Shí Dála for their show ‘Peadar Piongan ag Sabháil an Domhan’. 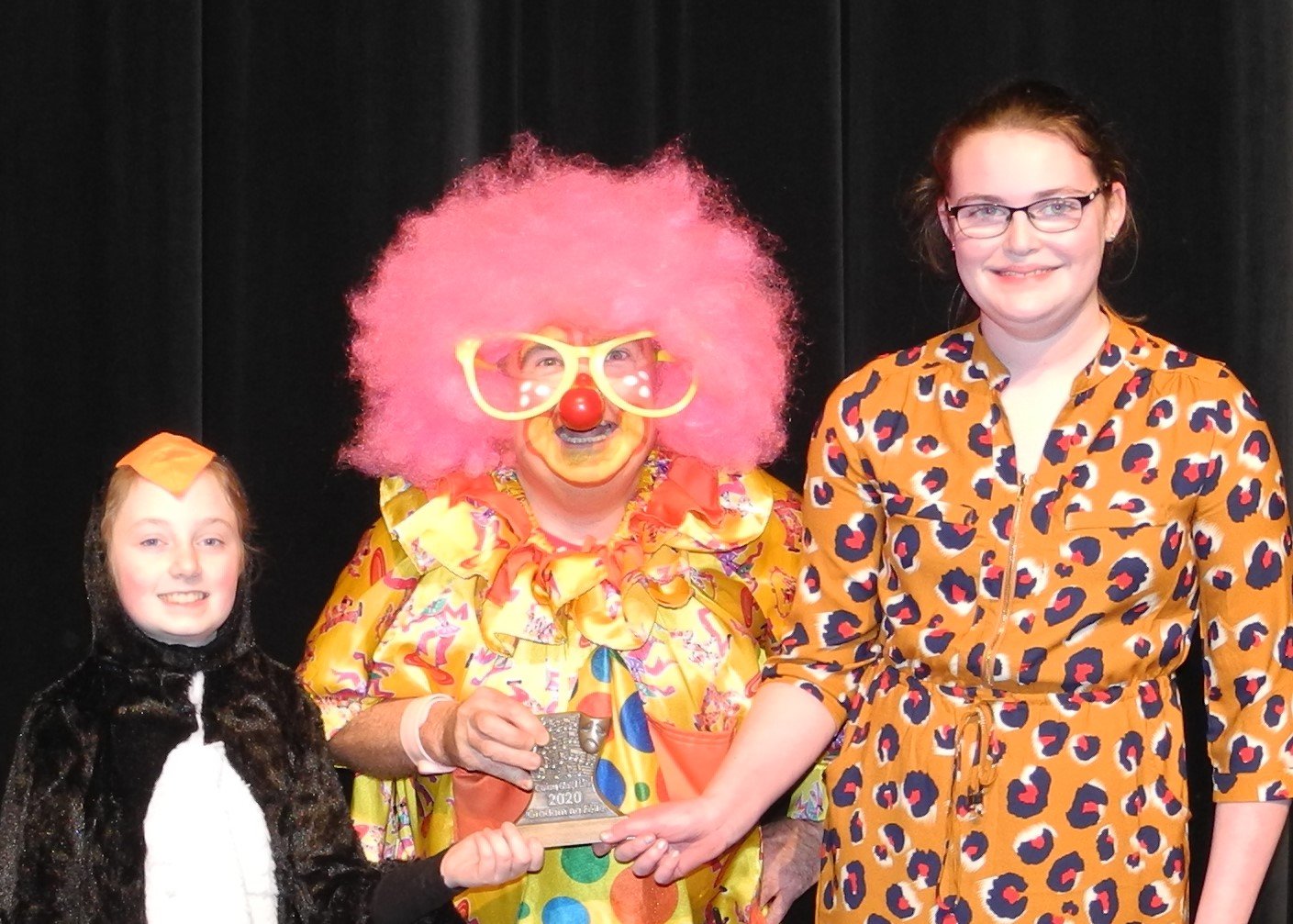 Pupils from Gaelscoil Shlí Dála receiving their awards from ‘Giggles’ the clown at COIRM Gael Linn held in Visual, Carlow.

Through their participation in Coirm, organisers Gael Linn aim to nurture the young talent of the future, while encouraging the use of the Irish language in an enjoyable atmosphere. A total of eight festivals will take place at venues nationwide over the coming weeks, in which up to 3,500 rising stars will take part!