‘From the Sideline’: Portlaoise and O’ Moores must duel again

Drama aplenty during and then more drama after this entertaining tussle ended all square at the end of normal time. With the light fading rapidly at a beautifully-appointed St. Fintan’s Mountrath pitch extra time proved unfeasible.

Both sides came into the final looking for historic doubles. O’ Moores were on the hunt for the Junior title to be added to the Intermediate crown won at the expense of St. Brigids. Portlaoise; backboned by a squadron of dual players, were seeking to add to the Senior Football title won the previous day. 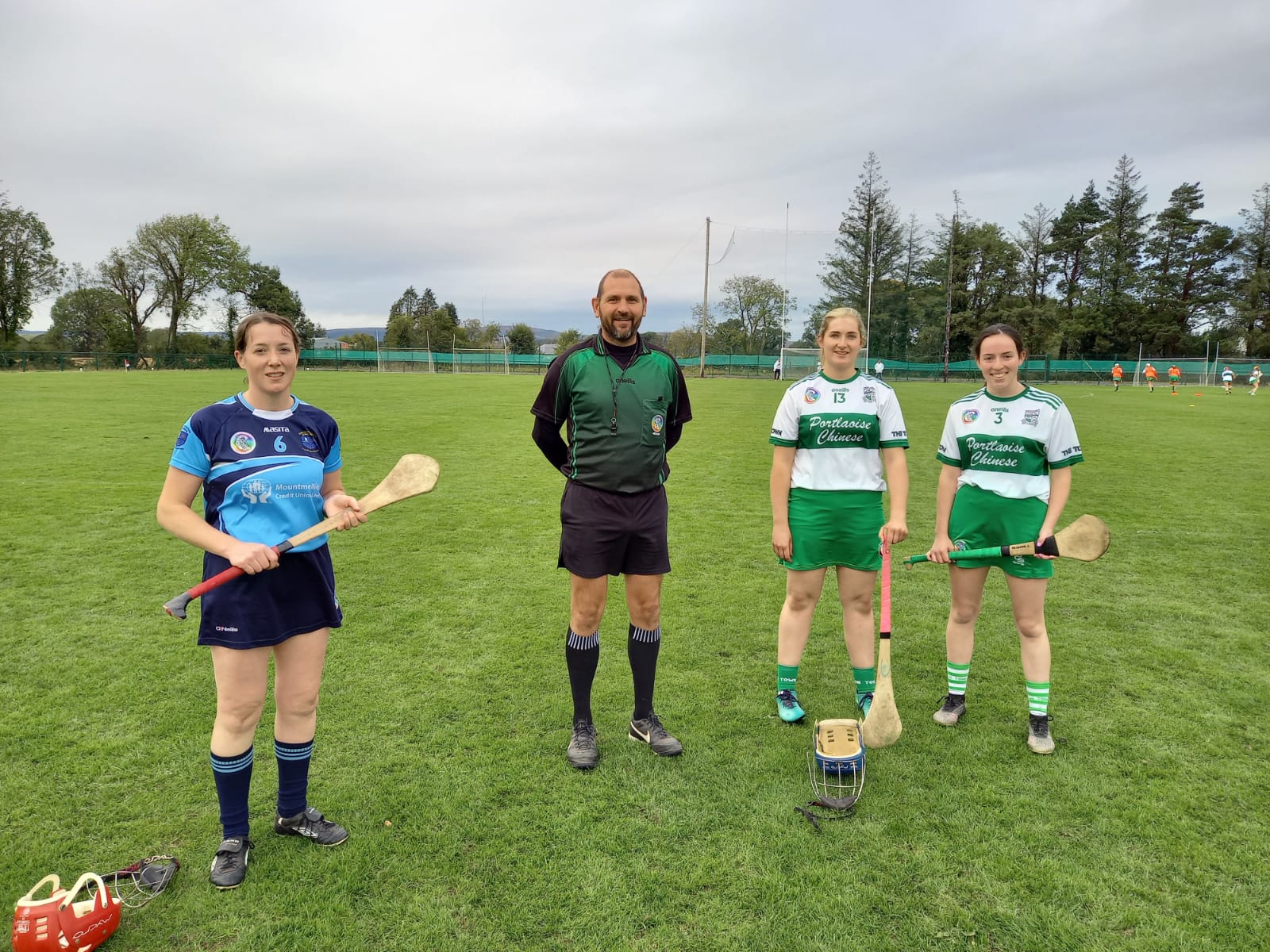 All set for the start of the Junior Camogie Final

So with so much at stake both sides tore into the contest from the off. Portlaoise started brightly but were bottled up by the O’ Moores full back line. Breaking swiftly O’ Moores registered their opening score when Amy Flanagan got past Portlaoise’s last line of defence before angling her shot over. Portlaoise’s reply was swift with great work from both Ciara Crowley and Grainne O’ Reilly before Chloe Norton fed Amy Byrne who fired over. Norton soon turned from provider to finisher with a superb score from way out on the left sideline. O’ Reilly had a chance to extend her side’s lead but a poor finish let O’ Moores off the hook. A relieved O’ Moore’s side soon took advantage of a fumble by Portlaoise custodian Jasmine Burke that allowed Elaine Downey to equalise.

By now Portlaoise were getting on a huge amount of ball. Their edge in the possession stakes soon saw Portlaoise edging the battle in the middle third. Sinead Murphy, Regina Obulafor and Rachel Glynn were getting on the ball a lot. That resulted in Portlaoise soon regaining the lead. A marvellous run by Aoibhe O’ Brien saw her feed Ciara Murphy with a slick handpass. Murphy made no mistake when sending her shot over the black spot. That slender lead was held onto by Portlaoise going into the first water break.

The resumption of play saw great strength and determination over the ball from Portlaoise’s O’ Reilly which won her side a free. Up stepped Amy Byrne who made no mistake from the placed ball. O’ Moore’s began to get a foothold in the game at this juncture however. Great work from the Downey women; Elaine and Caitriona, soon had Portlaoise rocking back on their heels. Indeed Portlaoise goalie Jasmine Burke had to be alert when batting a goal-bound effort away. Portlaoise responded however and great work outfield from Amy Byrne and Regina Obulafor saw their side win another free. That placed ball in saw Portlaoise’s full forward line unable to retain possession however. Indeed this was to be one of the main aspects of the match. Portlaoise; lording it further outfield, saw their hard-won possession come back at them too quickly as their front line failed to have much of any impact on a dogged O’ Moore’s full back unit. Any stray ball that got past them was mopped up confidently by the O’Moores’ goalie. 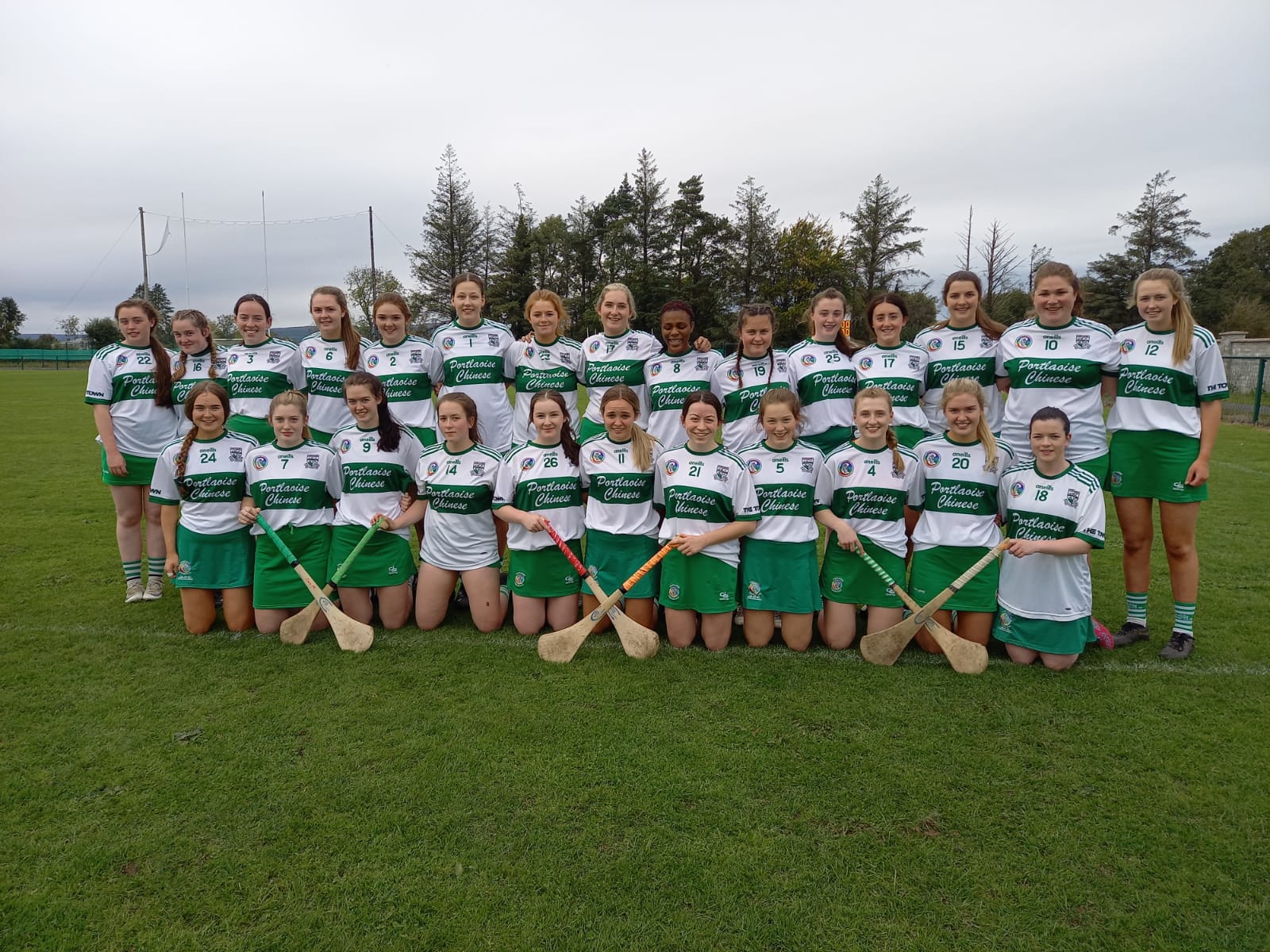 Portlaoise were made to rue all those wasted possession and chances soon after the half-time break. A quite superb point from O’ Moores’ Mary Hyland saw the deficit reduced to the absolute minimum. Worse was to follow for Portlaoise immediately after when a screamer of a goal from Amy Flanagan handed the initiative back to the O’ Moores. The O’ Moores were now piling on the pressure on a hard-pressed Portlaoise defence but Sara Flemming was immense in this period keeping the country women at bay. The ‘townies’, having soaked up all that pressure, broke upfield and Ciara Murphy scored a wonderful point to leave Portlaoise trailing by just one point at the water break.

The resumption of play saw more and more ball played through Portlaoise’s Murphy. Indeed her catching ability and striking on the turn soon saw her notch up an equalising point. Portlaoise were now winning any number of frees but, yet again, the side’s full-forward line didn’t use that supply well at all. Ironically when that unit eventually did score a goal it was ruled out for a square ball. Amy Byrne then worked the ball well across to Ciara Byrne who edged her Portlaoise teammates into a one-point lead with a fine score. This was scant reward for all their possession however.

The town side were then guilty of conceding a silly free which gave Hannah O’ Connor the opportunity to point from the placed ball.  With the sides level and nerves jangling the win was there for both sides as the clock ticked down. O’ Moores ‘super sub’ Aimee Singleton got into the scoring act with a point to edge her side back into the lead with only a minute of normal time remaining. Portlaoise rallied one last time and it was the turn of the O’ Moores women to give away a needless free. A nerveless Amy Byrne stepped up to the placed ball and scored the equalising point that saw the game out. 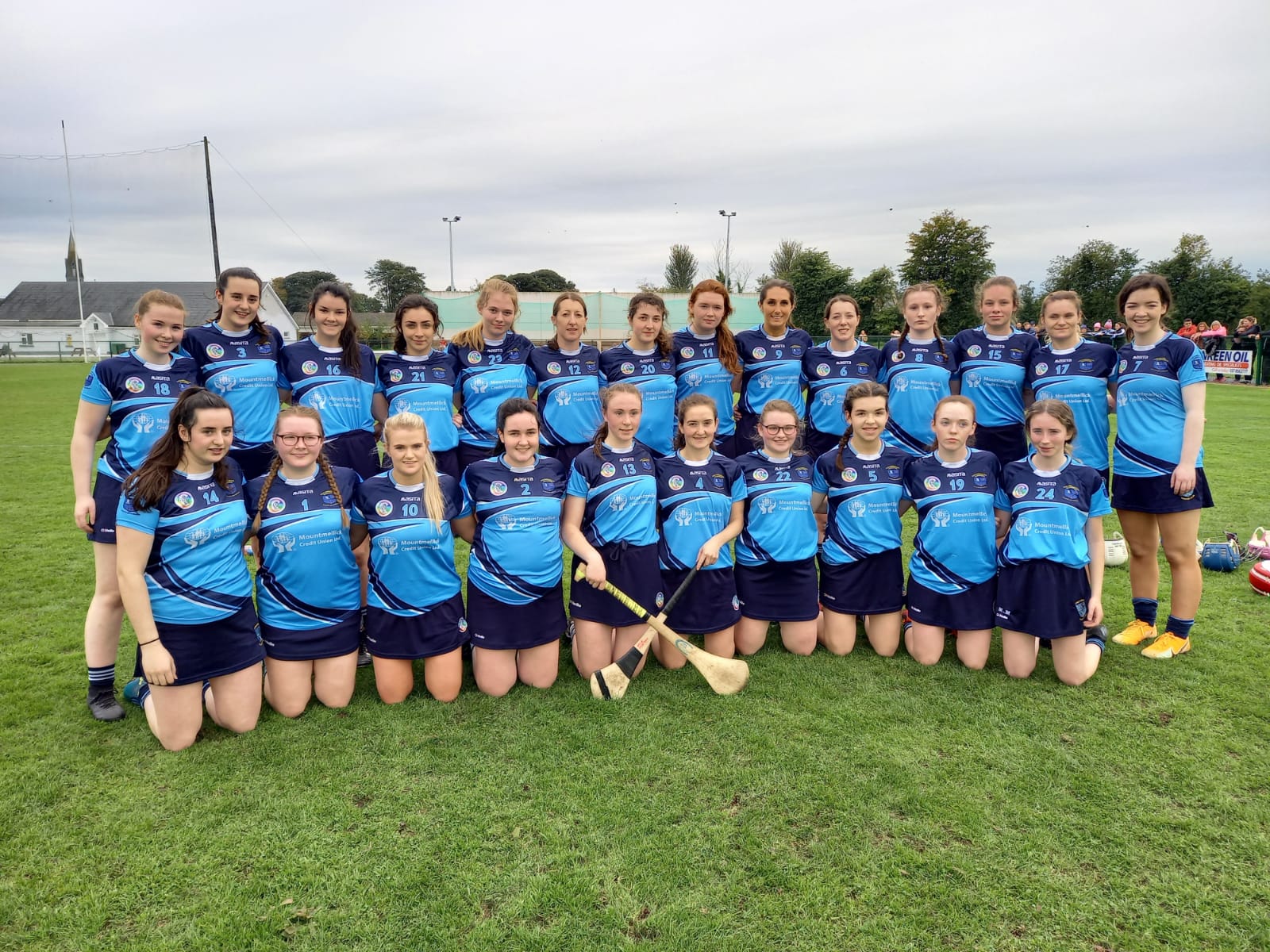 It was tense, entertaining tussle which both sides could have won. However given their domination of the possession stakes and scoring chances Portlaoise might be the unhappier side facing into the replay whose date is yet to be decided.

For the O’ Moores Mary Hyland, Amy Flanagan and the Downey women; Elaine and Caitriona, caught the eye throughout. Aimee Singleton also did well when sprung from the substitute’s bench. For Portlaoise Amy and Ciara Byrne were superb as were Sara Flemming and Ciara Murphy. Regina Obulafor and Grainne O’ Reilly played well early on until fading a little later. However for her catching and striking ability Ciara Murphy was the ‘Laois People’ ‘Player of the Match’. Indeed for the replay it would be an interesting move if Ciara was sited on the edge of the square.