‘From the Sideline’: Abbeyleix axes Willows

The 2020/21 season got off to a cracking start with this entertaining encounter in a beautifully appointed Fr. Breen Park. The sides had met just weeks previously in a cup final where the Athlone side proved much too strong for their Laois opponents. Would Abbeyleix turn the tables on this occasion?

The signs from the off were promising for the Laois men. With Colin Rowan and Robert Corkish linking well up the left flank and Aaron Brennan offering width out the right Abbeyleix got off to a near-perfect start. Hemmed in Willow Park conceded corner after corner. All that Abbeyleix possession was soon turned into the game’s opening goal after eight minutes. A superb ball dissected the Willow Park defence and Adam Broady was bundled over in the box when about to pull the trigger in front of goals. Up stepped Jamie Stratford for the resulting penalty and he made no mistake with a finish low into Fergal Lennon’s bottom right-hand corner. 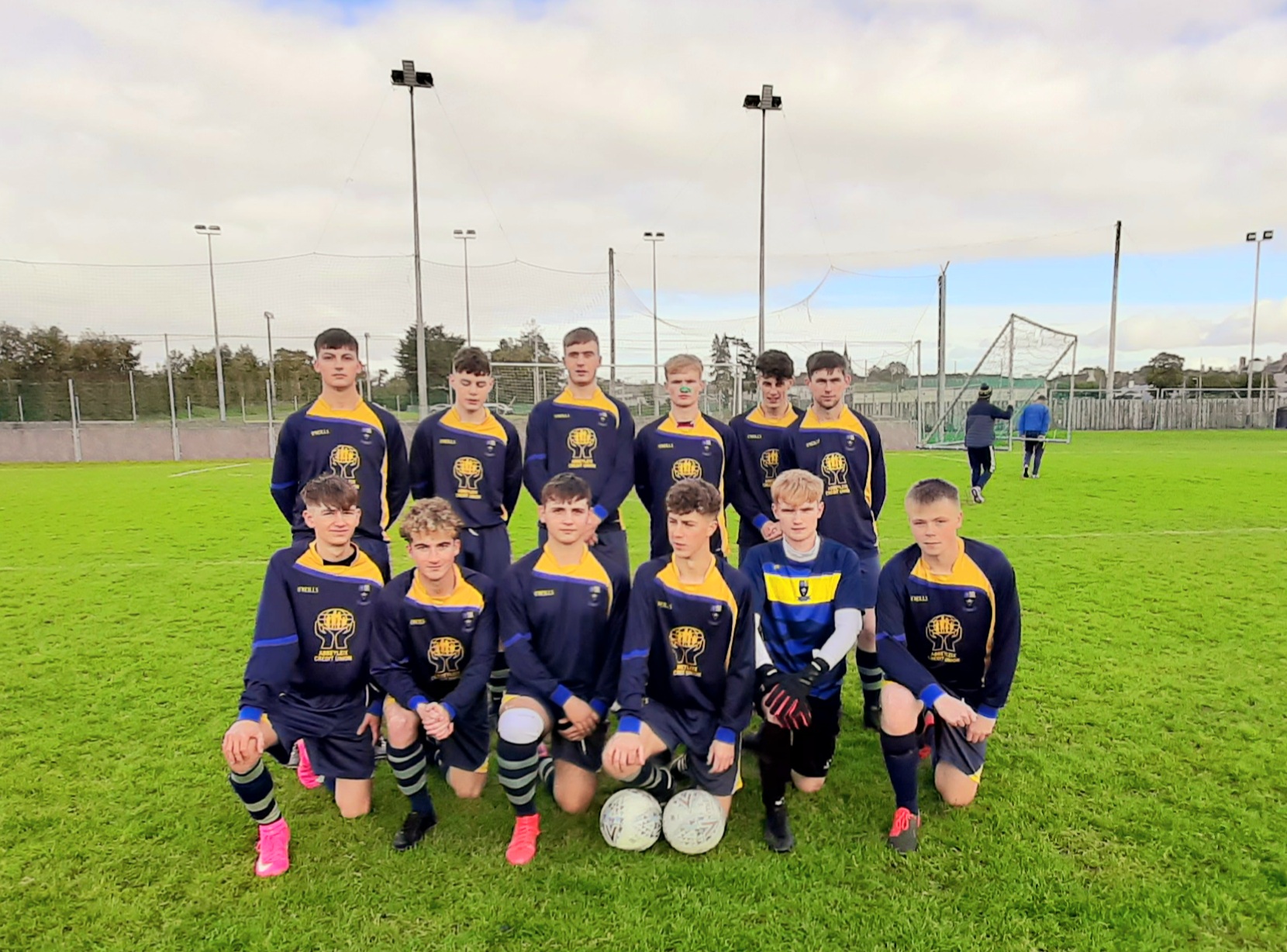 The Willow Park keeper was soon called into action again when saving a sharp Corkish shot at his near post. Near miss after near miss followed for an Abbeyleix outfit that looked certain to double their advantage. The Willow Park offside trap was creaking at times as the Athlone side played an increasingly higher line to counteract their rampant opponents. That space in behind was soon exploited by a great through ball which Brennan latched onto. His fierce shot was only parried by Lennon and the ever-sharp Rowan was first to react and sweep the rebound into the net with twenty-five minutes on the clock.

That two-goal advantage was thoroughly deserved but the Willow Park reaction wasn’t long in coming. Increasingly through Rene Okodugha on the left wing and Ben Killian out on the right Willow Park began to endanger the Abbeyleix goals for the first time after the half-hour mark. Indeed the Athlone side cut their deficit soon after. Increased pressure saw Willow win only their second corner of the tie. That was expertly swung in and some hesitant Abbeyleix defending allowed Jack Dalton to nod his header home. Moments later and Conor Murray headed just over as the Athlone outfit threatened an equaliser just before the break.

Abbeyleix emerged for the second period with one enforced change with Dylan Gorman coming on for Aaron O’ Dea. The Laois men started brightly but missed a series of chances. Increasingly though the Willow Park side began to boss matters in midfield. The towering Killian, now stationed through the middle, began to control the tempo in the middle of the park. That glut of possession and territory soon resulted in a Park equaliser. A smart shot at the near post from Killian saw keeper Cathal O’ Shaughnessy unable to prevent it going over the line.

With the sides locked at two apiece the three points were there for the begging. While a Killian-inspired Willow initially looked best placed for the win Abbeyleix hit them with a superbly-worked third goal soon after. A sublime ball from Stratford saw Adam Broady scamper through the cover and slip his shot into the far corner. That goal was just desserts for Broady who became more influential as the game wore on. As full-time loomed great defending from Ben Freeman kept the lead intact for his side. Willow did score again but their effort was ruled out for an obvious offside as the game’s finale loomed. Abbeyleix deservedly held onto their lead until referee Declan Moran sounded the final whistle. 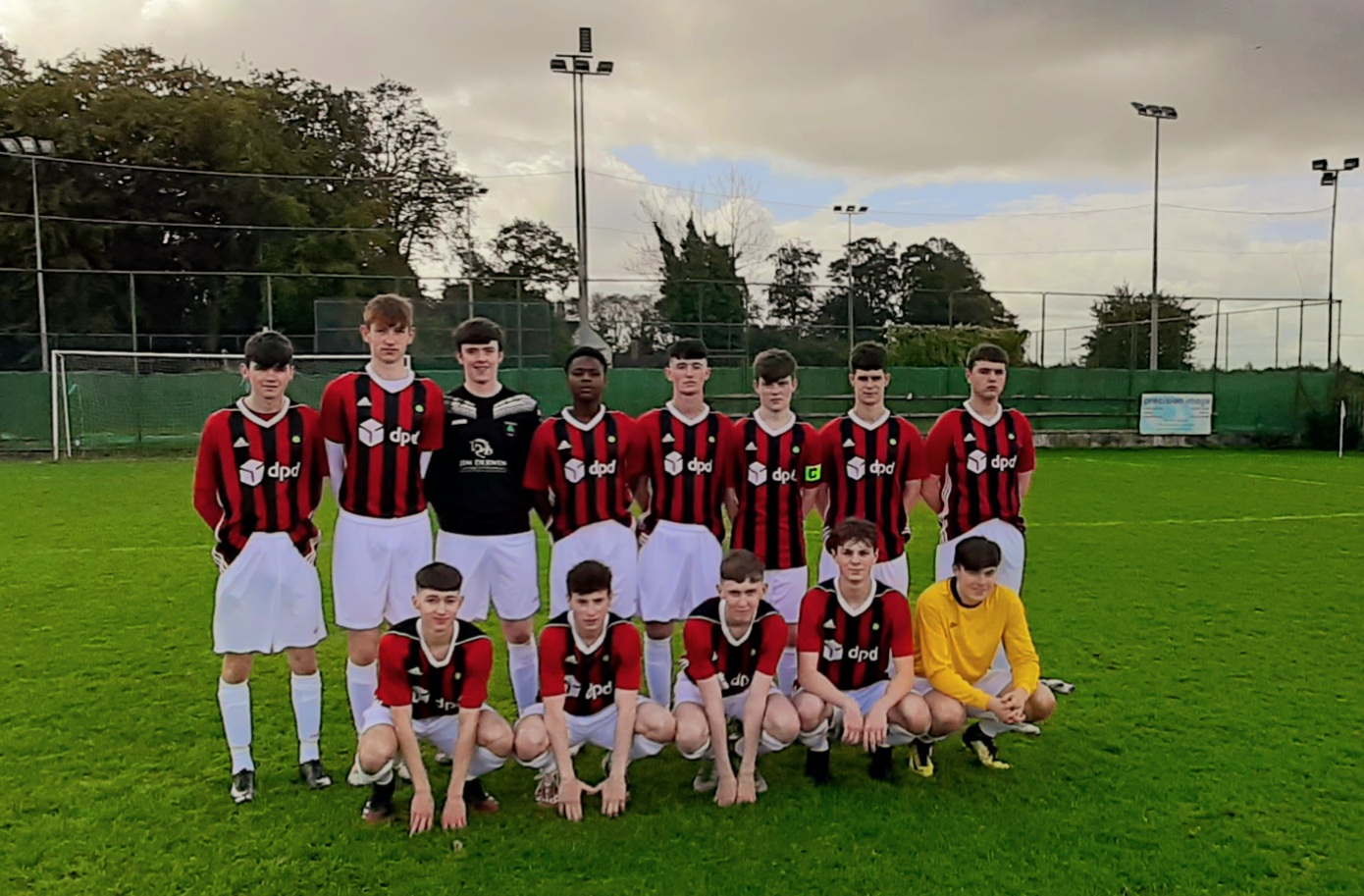 The Willow Park squad that lost out to Abbeyleix AFC

For Willow Park the towering Killian shone throughout the encounter. Indeed he was wasted out on the wing in the opening period. Rene Okodugha also played well especially in the opening half when things were not going his side’s way.  For the victors scorer and supplier Jamie Stratford was bright throughout as were Robert Corkish, Colin Rowan, Aaron Brennan with a good opening-half display and Adam Broady who excelled in the second half.