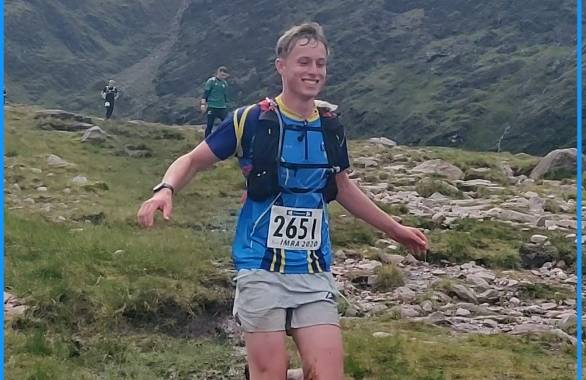 Conall Whelan of Durrow completed the Reeks Skyline race organised by Irish Mountain Running Association in an official time of 4hrs 5 minutes and 20 seconds. The race route was adjusted this year to start and finish at Cronins yard (thus avoiding a bus to the start point). The race takes in a gruelling two ascents of Carrantouhill one from each side, as well as surrounding peaks and ridges, covering a total ascent of 2400m and over 24 km. The race requires stamina, endurance, navigational skills and  courage. 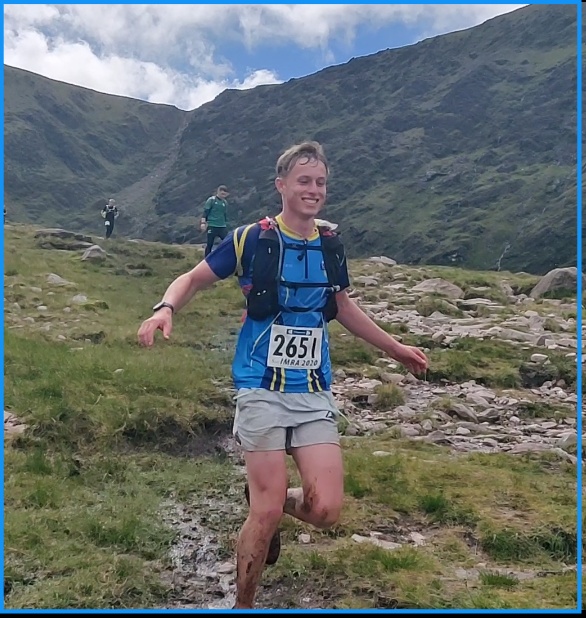 The race was reinstated to the racing calendar just two weeks prior when restrictions to travel were lifted. The race requires pre entry qualification via application to the organisers to ensure the competitors are suitably equipped mentally and physically for the terrain. Having previously won the Mourne mountains marathon B category with fellow Orienteer Conor Short a couple of years previously, Conall was deemed eligible to race.
Conall runs with UCD athletics and orienteering clubs as well as his local orienteering club of Cnoc. When at college in Dublin he also trains with fellow Dublin based Orienteers of the Dublin Mountain Club. 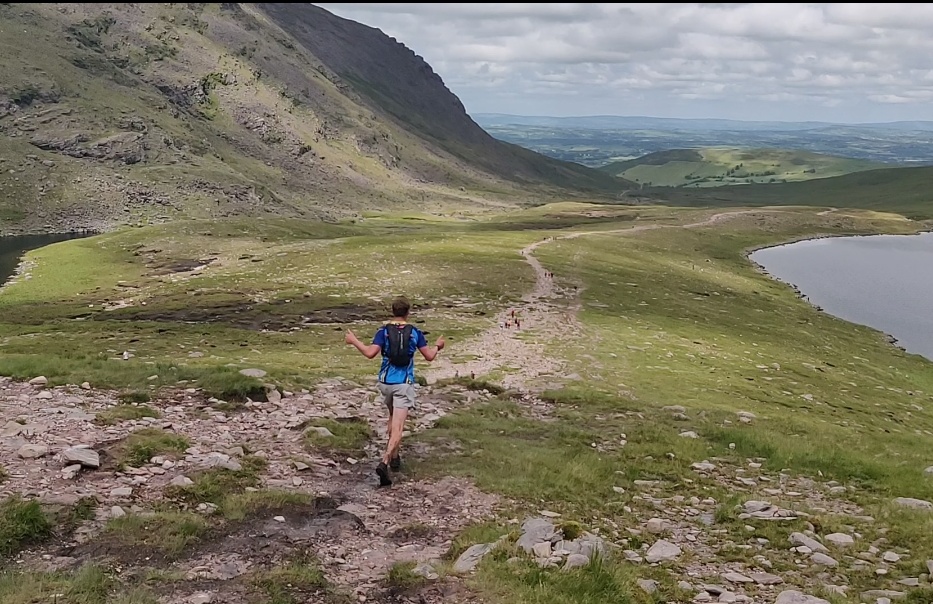 Conall has been training throughout the lockdown completing multiple loops of Durrow’s beautiful leafy loops with his younger brother as well as lots of bike rides and runs in the Slieve Blooms to get his legs in shape. Despite having to take a break during May due to injury he was delighted to be placed second in the Reeks Skyline. He attributes his speedy descent to his multi terrain training for orienteering enabling him to leap his way down the rough track to Cronins yard.
The course was in the cloud for a good part of the race, requiring careful navigation, breaking out to the stunning views across Kerry every now and then.