The Prison Service Boxing squad will take on an Army selection this Saturday night in the Midlands Park Hotel in a major fundraiser with proceeds going to the Star Unit (Autistic Unit) in the Holy Family Primary School in Portlaoise.

Prison Service coach & one of the event organisers, Austin Stack, said “this is a major event with 600 hundred people expected, there will be twelve fights & all the boxers are fully carded amateur boxers”. He went on to say “we also will have a boxing memorabilia auction on the night with signed gloves from several former world champions”. 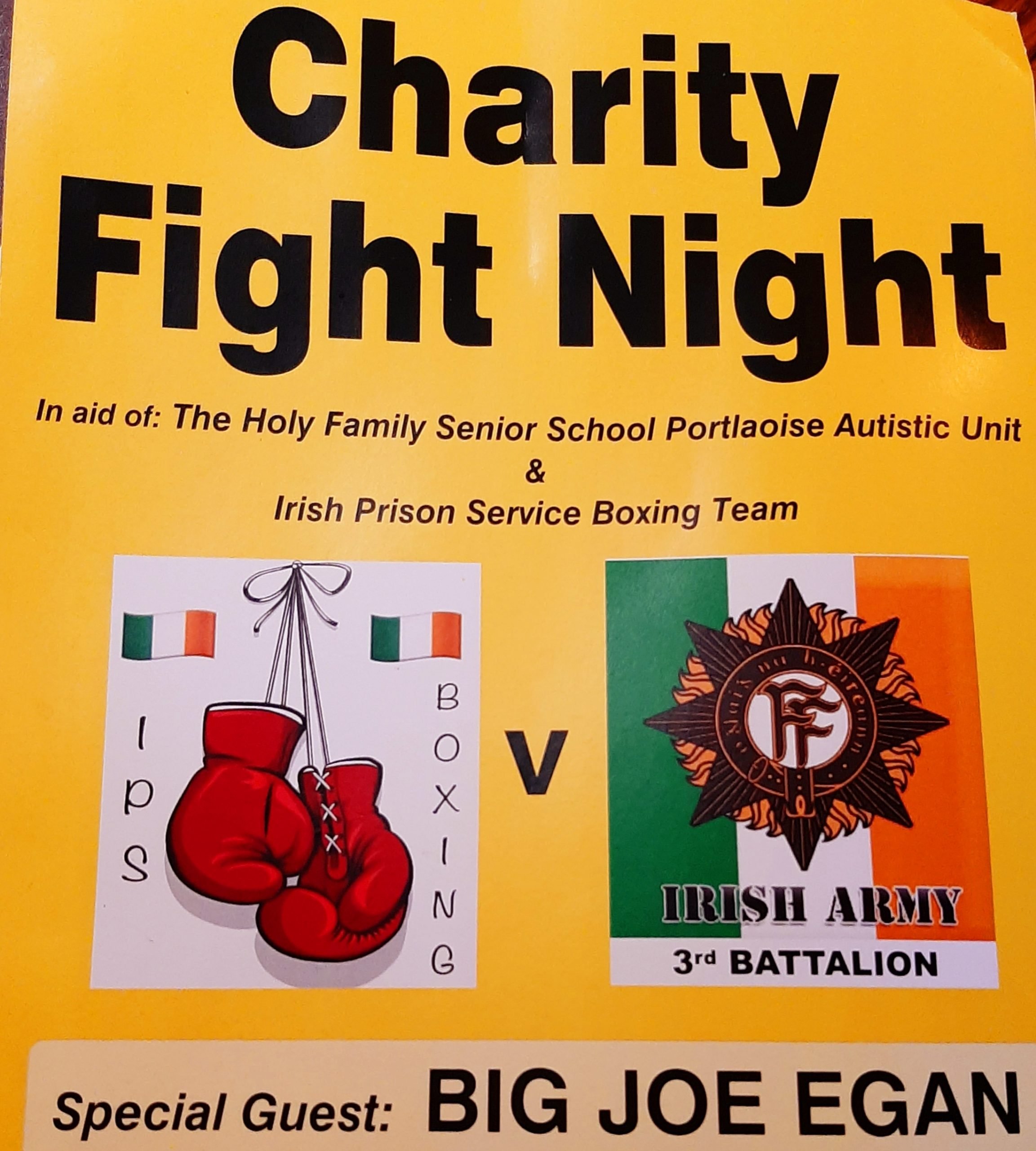 The fight night will be in aid of the Star Unit in the Holy Family School & Mr. Stack said “this is a wonderful unit which caters for some incredible children & we hope to raise considerable funds on the night for them”..

The Prison Service Boxing Squad are preparing for a trip to New York this summer to fight the New York Correctional Department & the show against the army will be good preparation for that trip. 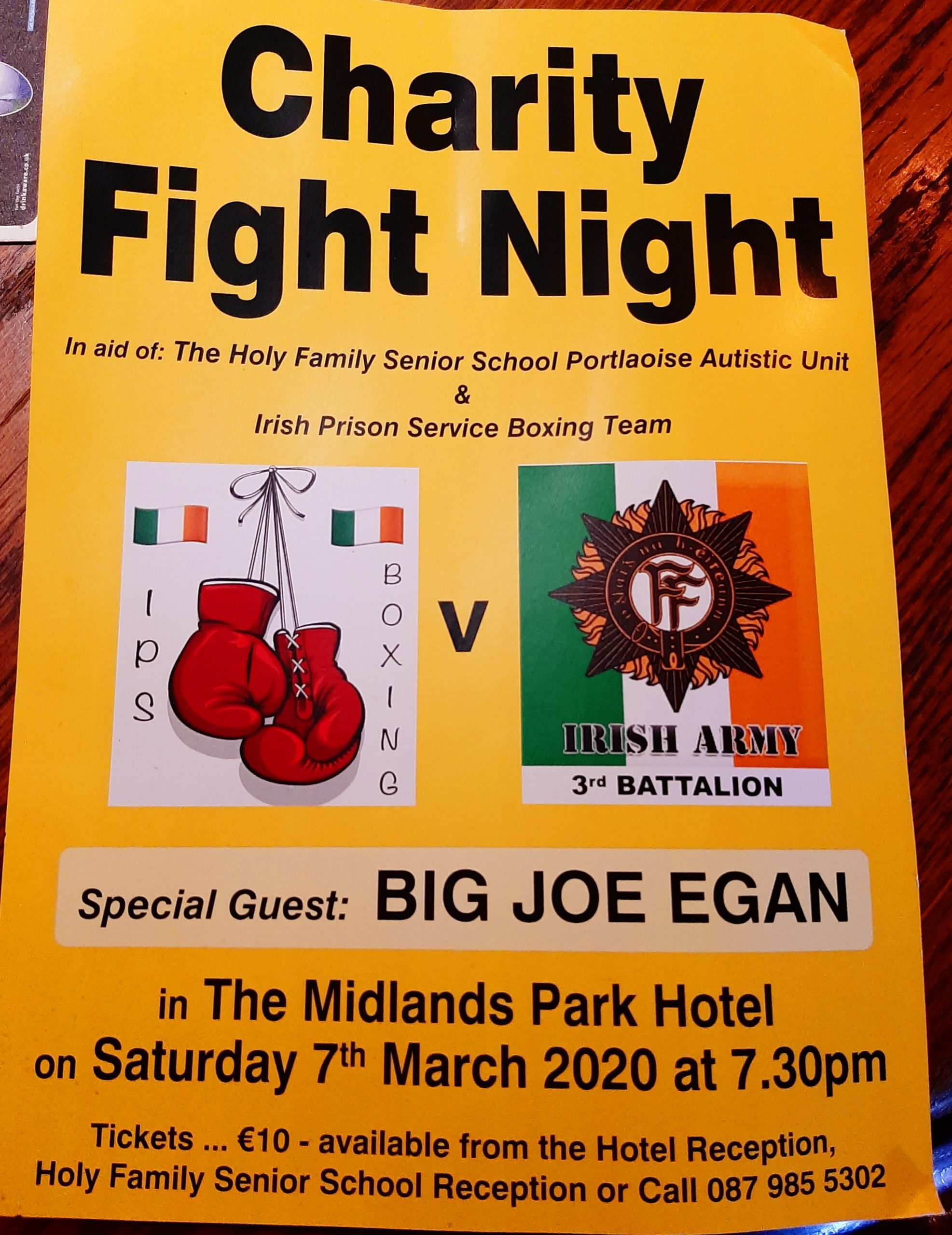 Great quality boxing will be on show.

Mr. Stack went to say “we hope people will support this worthy cause”.  Tickets are €10.00 & can be purchased by emailing ipsboxing@gmail.com or there will be a few tickets available on the door on the night on a first come basis.