‘From the Sideline’: Cup Final Day

All roads lead to Conor Davis Park; the home of Mountmellick United FC, this afternoon. At stake is the blue riband competition of all Midland’s soccer; the John Farrell Combined Counties Cup.

The pairing in this final is a novel one. On the one side you have recently-crowned Senior Division Champions Birr Town FC. The Offaly outfit has won this trophy before. Indeed you only have to go back two seasons to find Birr Town lifting this coveted prize. Add that to the wins they had in this competition way back in the 1990’s and you have a serial winner in one corner. 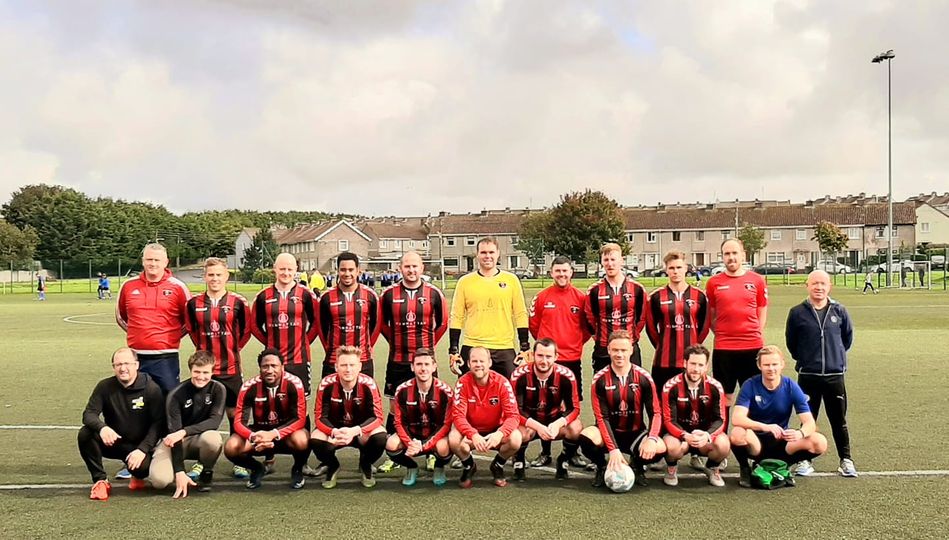 Their opponents may not have the storied history of Birr Town but Towerhill Rovers have packed in enough drama and trophies of their own in the club’s short history. Founded in Portlaoise just eight seasons ago Rovers have had a ‘Roy of the Rovers’ story if you can excuse the pun. Starting off in the lowly Division 4 of the local Combined Counties Football League Towerhill have zoomed up the divisions since then. Hoovering up trophies on their way the Laois outfit stand just one game away from lifting the biggest prize on offer in local soccer. 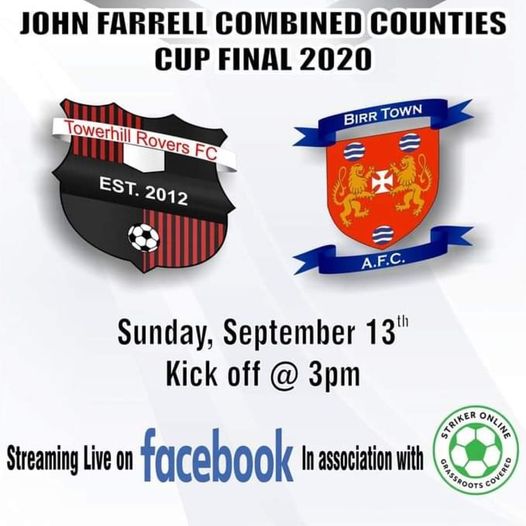 Towerhill’s players and management will be first to admit that they left the Division 1 league title behind them this season. A sluggish start from them when the league resumed after the COVID-19 lockdown was lifted allowed local rivals Mountmellick United lift the league title. To add further salt in the wounds of Towerhill Rovers  Mullingar Town was promoted with Mountmellick United to the top flight.

A victory for Rovers today, though, would assuage that grief. Their confident showing the semi-final against Temple Villa suggests they have enough in their armoury to trouble hot favourites Birr Town. (Click here for report)It would be a fitting, crowning moment in the meteoric rise of Towerhill Rovers.