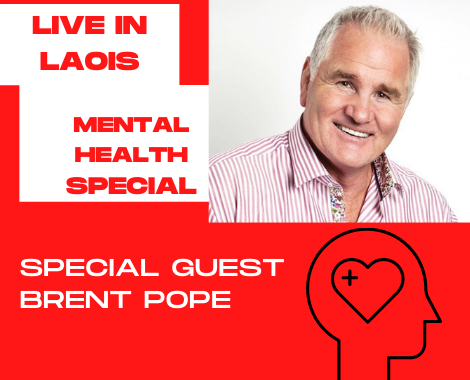 John from the ‘Live in Laois’ crew chats with Brent Pope about his Rugby playing days, missing out on the 1987 World Cup with New Zealand, playing and coaching with St, Mary’s RFC and Clontarf RFC, who he considers the best uncapped Irish player he came up against, the Captain who ‘went against the grain’ that he appointed who led St. Mary’s RFC to break the Munster stranglehold of the AIL, Ireland’s prospects of ever winning a Rugby World Cup, his time on TV with Tom McGurk and George Hook, the children’s books he wrote and the business he founded. Brent then goes through the reasons behind his forthright advocacy of positive Mental Health and why he supports SOSAD and other Mental Health charities. Brent talks candidly about his mental health struggles throughout most of his life.