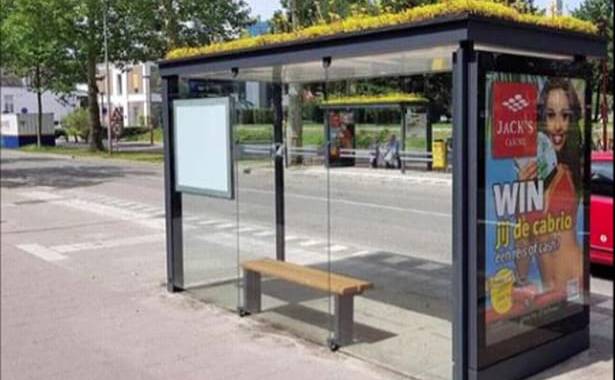 Laois and Offaly Commuters must also get 20% fare reduction – Stanley

Speaking in the Dáil this week local Sinn Féin TD Brian Stanley called for the 20% fare reduction to be extended to all routes, for the establishment of a dedicated transport policing unit and for the provision of bus shelters to be speeded up.

“The proposals Sinn Féin have are for a detailed plan for a reliable public transport service.

If we want people to use public transport, however, we first need to provide the proper infrastructure. I have raised the issue of bus shelters many times. Borris-in-Ossory and Castletown on the R445 need bus shelters. I raised this issue numerous times with the NTA and the Department. They are also needed at Ballylinan, Newtown and Crettyard on the N77. In weather like we had over the past week or so, people have been standing in spilling rain waiting for a bus, which does not entice people onto public transport. It is an issue that needs to be addressed. ‘’

“Funding was approved earlier this year for five bus shelters at Ballybrittas in County Laois, Kilminchy in Portlaoise and two more in Mountrath. Laois County Council is ready to proceed but the NTA needs to engage with the council to get those shelters in place. I spoke to the council again about this no later than this morning. Funding has been approved. The NTA needs to engage with the council. This is fundamental infrastructure. Local authorities do not have the authority to procure and install it.

I want the Minister of State to take this back to the Department. Under the local government legislation this was brought forward by the Minister at the time, Mr. Phil Hogan, that power was to be devolved down, not just to designate bus stops but actually to put bus shelters in place. It can be devolved down. It needs the Minister with responsibility for local government to act on it. It is too slow and cumbersome when a local authority has to go through the NTA to get a bus stop erected, which the Minister of State will appreciate. It is one of the things we can do.’’

“We want to extend the 20% public transport fare reduction, which I welcome, to all commercial bus operators. That is not the case that the moment. This is important on rural and regional routes such as those to and from Laois-Offaly. Many people have to use the private operators and people should not be denied the 20% reduction. That needs to be spread out across all providers.

We are proposing that the Connecting Ireland scheme is provided with an additional €25 million to deliver the roll-out to rural areas. This will mean a reliable transport service for workers in counties Laois and Offaly. It is needed in the morning and evening to get people to and from work and to connect the smaller towns and villages with larger towns like Tullamore and Portlaoise.

Finally, we need a safe public transport system. We are calling for the establishment of a dedicated public transport policing unit. A recent report found that 77% of women outside of Dublin felt it was unsafe to use the train. The Portlaoise and Ballybrophy line to Dublin has been identified as having recurring problems. The security guards do not have the powers to arrest. We need gardaí. We need special dedicated Garda units with powers of arrest on those lines to make our public transport safe.”