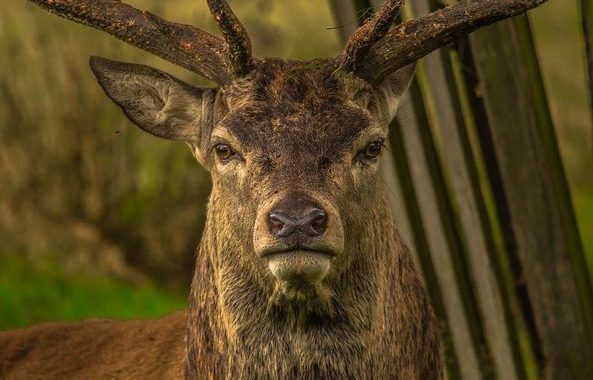 This morning’s meeting of Portlaoise Municipal District (MD) started off with local Councillor John Joe Fennelly raising the danger of collisions with deer in and around Abbeyleix for local motorists.

Cllr. Fennelly informed this morning’s Portlaoise MD meeting that, on foot of his initial motion two months ago on the issue to Portlaoise MD, the Wild Deer Association of Ireland had been in touch and furnished him with a survey on the local deer population. The survey outlined that the local deer population consisted of both fallow and red deer.

On the dangers of the local red deer colliding with local motorists Cllr. Fennelly had this to say;

“Red deer can be 120 kg body mass. One of these days there will be a fatality. Last Thursday and Friday two deer were killed. In the past week (I know of) 2 cars being badly damaged (in such collisions). (Another) car was a total write-off.”

Calling for the installation of deer-proof fencing along both sides of the stretch of road in question Cllr. Fennelly clarified that this measure was “all about animal welfare” and that “Transport Infrastructure Ireland (TII) had funding for this (measure).”

In response Laois County Council Director of Services Simon Walton agreed that “the principal aspect (of this threat) is road safety.” Going on Mr. Walton termed this “an important issue” and welcomed “getting sight of the survey.”

“I support John Joe (Cllr. Fennelly) 100%, You will have (their) mating season soon. It’s the most dangerous time (for collisions)”.