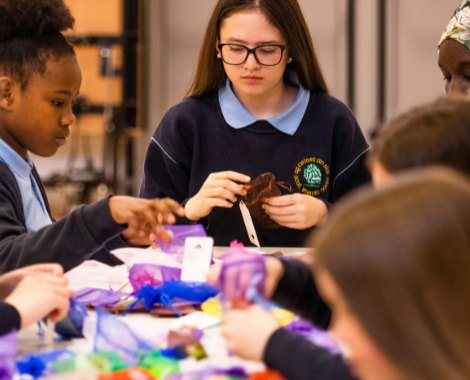 Can Junior Entrepreneur Programme produce the next Collisons?

The Junior Entrepreneur Programme (JEP), which has empowered more than 80,000 fifth and sixth class primary schoolchildren to start businesses in their classrooms could be the springboard for the next generation of entrepreneurs to match the achievement of Patrick and John Collison, whose business Stripe is now worth $100billion.

“Ireland’s primary schoolchildren have created businesses which have made over €2million in sales since the programme was founded in 2010,” she says.  “Teachers witness an awakening in the children, excited by developing their own ideas, investing their money and working as a team to make products which they sell in their local community.  Along the way, they get to meet entrepreneurs who are household names through JEP TV and meet local entrepreneurs in their community face to face.  The result is a yearing to be part of the entrepreneurial culture and to become the next Patrick and John Collison.”

(The Tipperary-born brothers developed their entrepreneurial skills at an early age and sold their first business for $5million when they were still teenagers.)

Last year alone, more than 100 businesses were set up in classrooms across the island of Ireland.  Fifth class in Scoil Mhuire in Schull, County Cork were named Class of the Year thanks to their innovative chicken feed product, Chilli Chicken Treats.

The seed of that business idea was planted when children who had chickens at home noticed a problem with rodents stealing their feed.  They wondered if anything could be done to solve this problem.

They did some research and discovered that chickens don’t have spice receptors.  But rodents do and hate it.  Hence the creation of Chilli Chicken Treats.

So, what exactly is JEP?  It’s an entrepreneurship skills programme offered free of charge to fifth and sixth class pupils.  It was developed in collaboration with Mary Immaculate College, Limerick so that it reinforces the primary school curriculum, while also promoting teamwork, resilience, problem-solving, and creativity.

Under the guidance of teachers and with help and inspiration from local entrepreneurs, children spend 12 to 16 weeks during the school year choosing, investing in, and producing a product or service from scratch.  They then make it available for sale at a school-hosted JEP Showcase day and share the profits at the end.

Teachers like Ellen Costigan, a 6th class teacher from Duleek Girls National School in Duleek, County Meath, (whose class scooped a national award last year), report that children benefit hugely from their participation in the programme.

“The Junior Enterprise Programme is the most relevant, inspiring, motivational, and life-changing programme that I have come across in education,” she says.  “It equips the pupils with real-life skills, empowering them to become independent critical thinkers and learners.”

As the children of Duleek National School found, not only did they enjoy the programme, but JEP also encouraged them to consider the possibility of becoming entrepreneurs in the future.  According to a survey of 8,000 participating pupils carried out in 2018, 60% of girls and 53% of boys said they would like to become entrepreneurs when they were older.

The plan is to build on that this year.  “We are excited to announce a digitally-enhanced JEP for 2022, including live events delivered straight to the classroom and increased access to some of Ireland’s most successful entrepreneurs,” says Marie Lynch, Director of JEP.  “Support from Enterprise Ireland means that online experience and the opportunity for pupils and teachers to digitally present their JEP business may just create our best experience yet.”

You can register at www.juniorentrepreneur.ie to be part of this year’s JEP programme.  But be quick. Registration closes on next Friday, 22nd of October, and  teacher orientation webinars for new teachers kick off immediately after the midterm break.

JEP is proud to partner with Enterprise Ireland, RTÉ, and Tweak.com in delivering a programme that empowers the children of Ireland to explore the world of entrepreneurship and discover just what is involved in turning a business idea into a reality. The no-for profit initiative was co-founded in 2010 by entrepreneur Jerry Kennelly of Tweak.com and is offered free to schools throughout the island of Ireland.